Days Of Our Lives Comings And Goings: A Fun Couple Returns, Someone Is SORAS’d & A Fan Favorite Returns 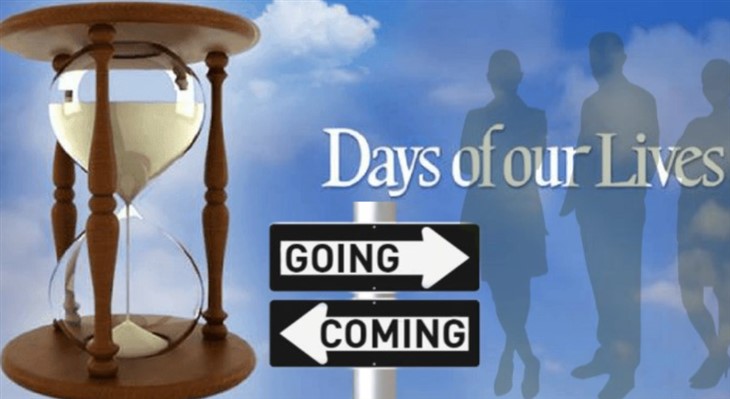 Days of our Lives (DOOL) comings and goings reveal that there is a ton of exciting news to reveal as far as the population at large for Salem. First off Allie Horton (Lindsay Arnold) is getting a SORAS’d brother which is appropriate since she was also aged exponentially.

Let’s start dishing the dish on this casting and other fun arrivals in Horton Square.

Carson Boatman has been cast to play Allie’s twin. His credits include the films Runt, Bedeviled, and Devilish Charm and we have some more scoop to get you up to date on the newbie.

Days Of Our Lives (DOOL) Spoilers: Sami Torn Between Ej And Lucas, Can’t Decide Who She Wants!

Boatman was a boy bander! He was in Citizen Four with his brother, Conner Boatman. In 2016 and 2017 they charted on the Billboard Dance Club Chart. Despite his dance club vibe, he would choose to collaborate first with country artist Tim McGraw.

We can also tell you that Boatman is engaged to model and actress Julana Dizon and they have set a wedding date for this July.

That fun couple Anna DiMera (LeAnn Hunley) and Tony DiMera (Thaao Penghlis) are back to mix things up with his family. Look for Tony to appear on June 15 when he interacts with newly returned EJ DiMera (Dan Feuerriegel).

Then on June 18 fans will be treated to a visit from Tony’s wife Anna. Let’s hope for EJ’s sake that she keeps her shoes on this time!

We last saw Eric Brady (Greg Vaughan) in September 2020 and it will be almost a year after that before we see him again. Look for the handsome and hunky ex-minister/savior of the world to come back this summer to check in on his lovely and unfaithful wife Nicole Walker (Arianne Zucker).

Who is at fault here, Eric for dumping his bride to save the entire African continent or Nicole for sleeping with leering ex Xander Cook (Paul Telfer)? In the end, vows are vows and Nicole pledged to be faithful to Eric no matter what. Still, that was before he kept putting her off for a chance to save the world. When he comes back will it be to tell her he’s done with her?

Anything can happen between then and now, especially since Sami Brady (Alison Sweeney) is on to Nicole!