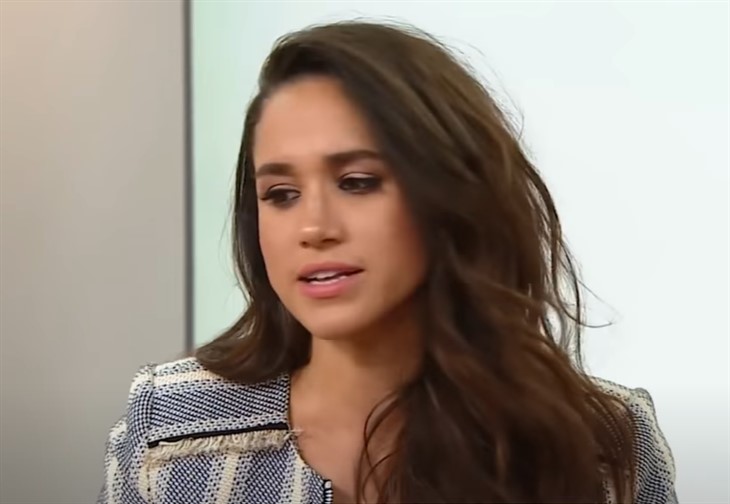 British royal family news reveals that a member of Meghan Markle, Duchess of Sussex’s squad is spilling details about her and her newborn to People. According to the insider the new mother is in, “good spirits and absolutely glowing, she was just ready to have this baby!”

The new baby was named Lilibet Diana and she entered the world on June 4. She joins her 2-year-old brother Archie who is now in preschool.

According to the source, “He is big enough that he is now starting to have his own life too. He enjoys preschool and outdoor activities.”

The source was ready and willing to talk and they spilled all sorts of safe and presumably pre-approved details about the Markle’s to one of the publications they have not sued. Yet.

Royal Family News – Baby Archie Has His Own Life

“They just took it one day at a time, they wanted to have this moment for themselves,” the insider chattered. According to them, they are taking to their new royal-free life in the US like bed bugs to a futon.

The source spilled that their new mansion, “is very quiet and perfect for them.

They are close to the beach, which they enjoy, and they also have friends in the neighborhood that they spend time with.”

But wait, there’s a more sanitized dish about the pair who abandoned the monarchy to seek fame and fortune abroad: “They spend a lot of time at home with Archie but have also managed to get a few date nights in as well. This feels like their first proper home together, because they were able to find a house that they both love. It’s nice to see them enjoy life.”

The source added, “They’re so happy. This baby solidifies that they are creating roots here in the States. It’s like a clean slate – almost like a new beginning.”

Not quite. In a stunning move, Harry threatened to sue the BBC days after the birth when they reported that he had not told his grandmother they were using her childhood nickname for their daughter. At a time when he should be enjoying life, he is instead of paying attention to the media and indulging in legal threats.

On top of that, he swore that after the birth both he and Meghan will need around “20 weeks” of downtime from their “work” which clearly indicates that he considers bringing lawsuits a hobby and not employment.