Days Of Our Lives (DOOL) Spoilers: Philip Makes Chloe A Surprising Offer – Wants To Move In Together? 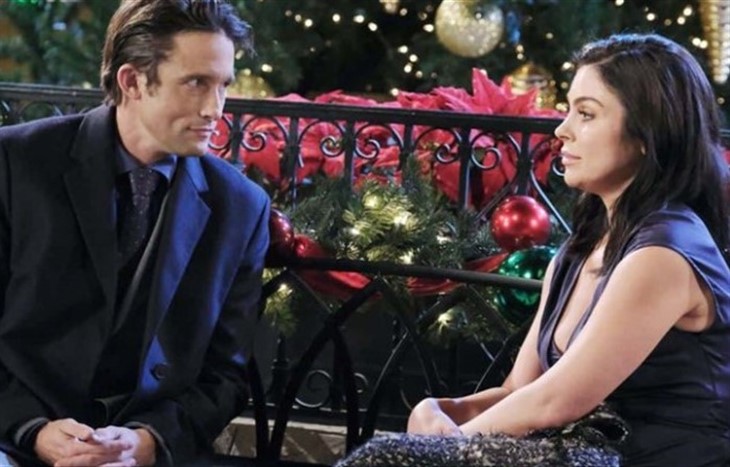 Days of Our Lives (DOOL) spoilers tease that Philip Kiriakis (Jay Kenneth Johnson) will make Chloe Lane (Nadia Bjorlin) a surprising offer in an upcoming episode of Days of Our Lives. Might Philip want to take a big step and ask Chloe to move in together?

Days of Our Lives viewers will recall that the Kiriakis mansion is pretty big and mostly empty these days, with Victor and Maggie Kiriakis (John Aniston, Suzanne Rogers) out of town. Justin Kiriakis (Wally Kurth) and Philip are there, and that’s about it. Sarah Horton (Linsey Godfrey) is who knows where and may not even be alive after Kristen DiMera (Stacy Haiduk) shipped her to a Greek island in a steamer trunk! Xander Kiriakis (Paul Telfer) has gone back to calling himself Xander Cook (Paul Telfer) and living in the Horton house thanks to the kindness of his friend Jack Deveraux (Matthew Ashford).

Days Of Our Lives Comings And Goings: A Fun Couple Returns, Someone Is SORAS’d & A Fan Favorite Returns

Philip, as the son of Victor and cousin to Justin, would be making any decision as to who might move into the mansion with them although he might have a problem should Justin ask Bonnie Lockhart (Judi Evans) to move in! However, as Days of Our Lives viewers know, their relationship hasn’t quite gotten that serious yet so that might not be anything Philip needs to deal with anytime soon. But Chloe is in Salem University Hospital after being kidnapped first by Kristen, who had also kidnapped Kate Roberts (Lauren Koslow) with Chloe in the trunk, and then Jan Spears (Heather Lindell) kidnapped Claire Brady (Isabel Durant) with Chloe still in the trunk! Chloe will need somewhere safe to return home to since Kristen’s in the wind! Philip knows the perfect place.

Days of Our Lives viewers know that Chloe has two men interested in her and she may be torn between the two. Longtime Days of Our Lives viewers will remember that Brady and Philip have had a romantic rivalry over her for years, but if she and Brady were to get together there is still the danger of Kristen returning because of the little girl she and Brady have together. Brady and Chloe have admitted they care about each other, but Philip and Chloe care about each other too, and Brady and Philip once again will be locking horns over Chloe!

The Days of Our Lives summer preview, however, shows Chloe kissing both of them, Philip in the Kiriakis mansion and Brady somewhere else, but not the Salem Inn! Chances are, Chloe might take Philip up on his offer but not what he thinks – she’ll want to have somewhere safe to live but might not want to write Brady off just yet. He needs a little time to heal up from Kristen, and besides, before she left Salem to go on that worldwide opera tour she had told him that addictions to love or to lovers can be just as dangerous as other addictions! She won’t want to be Brady’s rebound from Kristen, so it looks like she’ll have her fun with each but not commit to either!