The Young And The Restless (Y&R) Spoilers: Kyle And Summer’s Plans Are Shaky – Will August Wedding Happen? 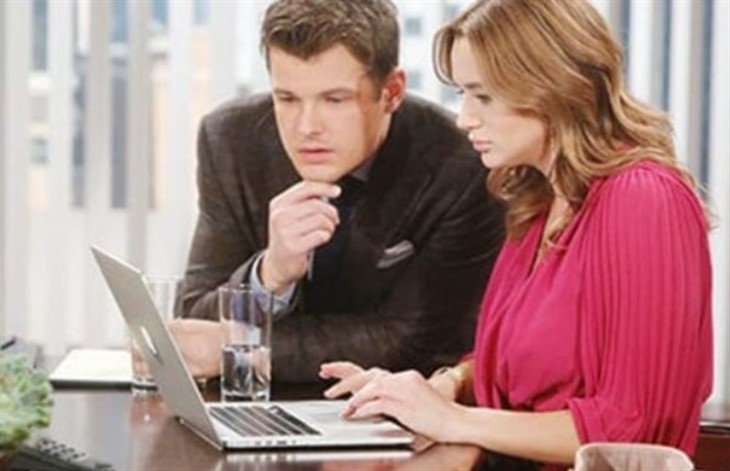 The Young and the Restless (Y&R) spoilers document that Kyle Abbott (Michael Mealor) and Summer Newman (Hunter King) are making wedding plans. They anticipate the nuptials being completed by August. But is it wise to let that much time pass considering the other issues that are swirling around them?

No would be a smart answer. However, Kyle is feeling good about life. Summer is devoted to him and Tara Locke (Elizabeth Leiner) wants him to be fully involved with their son in Genoa City, Wisconsin. But the Tara part of his analysis provides the soapy rub and represents Summer’s problem.

The Young And The Restless Spoilers – Support Might Not Be Enough

Summer has done everything right. She didn’t make the situation about herself after Kyle admitted that he withheld potential paternity information from her.

The Young And The Restless Comings And Goings: A Hunkster Heads To GC & A B&B Crossover

Kyle’s intentions were well-meaning. He was protecting Summer and his family in not wanting to upset them in case Theo Vanderway’s (Tyler Johnson) claim and Sally Spectra’s (Courtney Hope) gleeful assertion about Harrison Locke (Kellen Enriquez) being Kyle’s son didn’t prove true.

Following the admission and confirmed paternity test, Summer has steadfastly supported Kyle. However, she’s increasingly uneasy about where Kyle’s life could lead. So, the wedding plans she postponed weeks ago are back on.

Sally just happened to be in Chancellor Park when Tara was there. Such is a soap that forwards the plot.

So, Sally told Tara, rather than asking her, that she knew a relationship with Kyle was her goal. Tara didn’t agree. More importantly, she didn’t deny Sally’s claim.

Summer senses that Tara is a threat for reasons that go beyond Harrison’s blood tie. King’s character recognizes that connection can be mined to create a new future that excludes her.

Due to Ashland’s custody offer reversal, Tara can’t play up the strife angle. But time will tell whether Harrison matters play out as smoothly as is proposed.

The Young And The Restless Spoilers: Is Chance Chancellor Coming Back? https://t.co/m5SiR0X9h3 pic.twitter.com/Y8huylMDsF

Kyle is overwhelmed, which is natural. Most guys would be flabbergasted to learn that a three-year-old child was their own. Knowing that boy’s assumed father is Ashland Locke (Richard Burgi) compounds the problem. Plus, the Skyle wedding day can be counted in weeks.

The endgame for Tara projects as Tyle with child, rather than Summer as Mrs. Abbott and stepmom. Kyle isn’t naive, he’s consumed with sudden fatherhood. So, Summer’s challenges, which may include temporarily working in Italy, remain huge on Y&R.