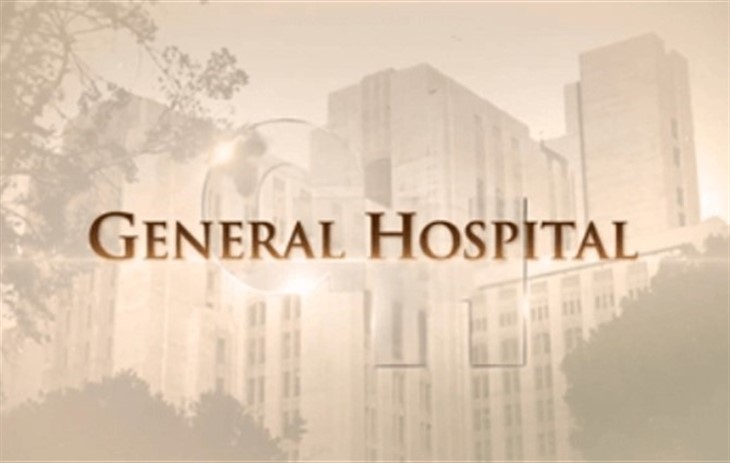 General Hospital (GH) spoilers tease that in the next two weeks, from June 14 –June 18 and June 21-25, there will be a hot meeting, a desperate search, a deathbed wedding, and much more in upcoming episodes of General Hospital! Let’s see what’s coming up!

General Hospital viewers will recall that Britt Westbourne (Kelly Thiebaud) and Jason Morgan (Steve Burton) became a couple while on the run in Canada. During the week of June 14-June 18, Britt will give Jason a call. They will make some plans to reunite during the week of June 21-25, but for now, Jason will fend off nosy questions from Carly Corinthos (Laura Wright) about his intentions towards Britt.

Jason will also tell off Nikolas Cassadine (Marcus Coloma) for endangering everyone’s lives including his own with his amateurish attempts to protect Ava Cassadine (Maura West) at the standoff with Cyrus Renault (Jeff Kober) at Pier 55. While he’s at it, Jason will probably ream Nikolas out for working with Cyrus to get his mother back, which had been the Corinthos family’s only leverage against Cyrus! Jason cares about Britt and is concerned for her, as her mother, Liesl Obrecht (Kathleen Gati) is, especially since Britt came clean to her about her having the genetic markers for Huntington’s Disease.

A desperate search begins for Maxie Jones’s (Kirsten Storms) missing but not really missing baby, Louise August (Harper and Scarlett Bloom). Austin (Roger Howarth) the doctor who came upon Maxie in labor in the deep woods near Pautauk, New York gets involved in the search and helps Dante Falconeri (Dominic Zamprogna) by telling him there’s an area that was missed. Bobbie Spencer (Jacklyn Zeman) and Nina Reeves (Cynthia Watros) will both visit Maxie in an attempt to comfort her over her “kidnapped” baby, while Brook Lynn Quartermaine (Amanda Setton) will convince Maxie not to see Louise, who she has renamed Bailey Lois Quartermaine, although Brook Lynn finds herself being honest with Willow Tait (Katelyn MacMullen) possibly about the baby situation, it could be about her deathbed marriage to Harrison Chase (Josh Swickard).

Dr. Hamilton Finn (Michael Easton) will retreat to his lab to continue to try and save Chase, getting an idea. Sasha Gilmore (Sofia Mattsson) will question Willow’s motives in not having told Chase she’s back with Michael Corinthos (Chad Duell) earlier, but Willow will explain to Michael and Sasha that Chase doesn’t have much time left barring a last-minute Hail Mary cure! At the end of the week at General Hospital, Sasha and Jackie Templeton (Kim Delaney) will help Willow get ready for her deathbed wedding to Chase.

Also during the week of June 14-18, an unexpected meeting will occur between Sam McCall (Kelly Monaco) and Dante Falconeri. She’ll have more questions about the search for baby Louise. A joyous reunion will happen between TJ Ashford and Molly Lansing-Davis (Tajh Bellow, Haley Pullos) and Stella Henry (Vernee Watson). Several people will get good news but others will have more questions.

Josslyn Jacks (Eden McCoy) will hear good news, and Nina will continue her joyous reunion with Wiley Corinthos (Erik and Theodore Olson). Carly will struggle, but remain cordial to Nina as she continues her visit in Port Charles, and Nina will also catch up with Curtis Ashford (Donnell Turner) who appears to have made a full recovery from his gunshot wound.

Ned Quartermaine (Wally Kurth) will do something that impresses Olivia Quartermaine (Lisa LoCicero), Brando Corbin (Johnny Wactor) will ask Carly about his future with the Corinthos family business, Ava will take notice of something and report her observation to Carly; this could have something to do with Nina. Laura Collins (Genie Francis) will appeal to Jordan Ashford’s (Briana Nicole Henry) sensibilities, while Elizabeth Baldwin (Rebecca Herbst) will try to be reassuring and tells Anna Devane (Finola Hughes) she hopes she will find the peace she needs.

During the week of June 21-25, Finn and Liz race to save Chase’s life after he makes a discovery that will be a game-changer for Chase! This discovery will cause life to become more complicated for Michael Corinthos (Chad Duell) and Willow Tait Chase! Brook Lynn will encourage Michael to tell the truth, but he might learn more truth than he can handle when Nina runs into him at the cemetery!

Maxie will remain desperate to reunite with her baby while Dante updates her and Sam on his findings at Pautuck. Jordan in turn will share Dante’s discoveries with Anna, and Brook Lynn will be stunned to find Maxie at the Quartermaine mansion after she told her not to come! Austin will continue to help in the search for Louise and Peter August (Wes Ramsey), this time he tries to help Anna and Valentin Cassadine (James Patrick Stuart). Alexis Davis (Nancy Lee Grahn) and Shawn Butler (Sean Blakemore) make a startling discovery at Pentonville Prison, while Portia Robinson (Brook Kerr) discovers there will be a new board chairperson at GH she is anxious to learn the details about.

Terry Randolph (Cassandra James) will hope to have an influence in the future of General Hospital. Lucy Coe (Lynn Herring) will be caught off-guard by something. New opportunities will come up in the lives of the teens, with Cameron Webber (William Lipton) wanting to know if Joss can ever forgive her; Curtis gets ready for Trina Robinson’s (Sydney Mikayla) graduation party which no doubt will include Joss and Cam. Portia enjoys a dinner date with Marcus Taggert (Réal Andrews) while Ava will make a life-changing decision.

Back to Britt and Jason, they have a hot and sweaty meeting at the gym, while Jason and Carly navigate the boundaries in their relationship, presumably set by Jason! Ava will catch up with Nina, and Jason will get help from Brick (Stephen A. Smith) for something. Molly and TJ, after celebrating their five-month anniversary will unknowingly wind up in the crosshairs of their parents’ enemy! Also, Carly and Liz will bond over the losses of their husbands, and Sasha will get into it with Gladys Corbin, (Bonnie Burroughs) who starts pushing her buttons!