The Bold The Beautiful (B&B) Spoilers: Will Thomas Try To Take Everything From Bill? 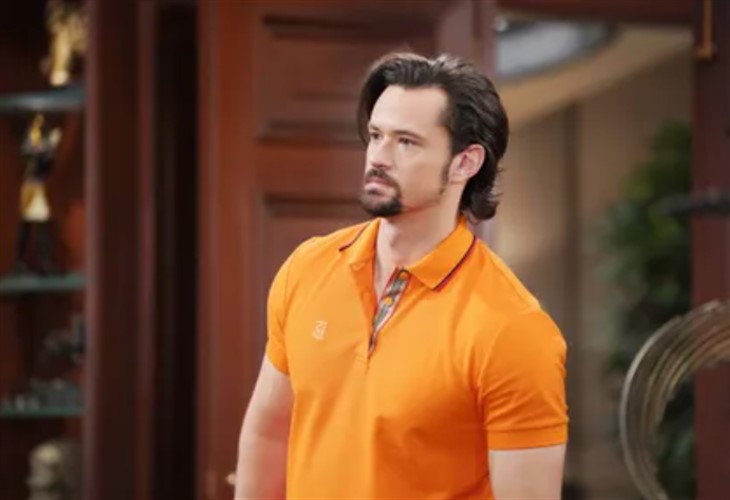 The Bold and the Beautiful (B&B) spoilers and updates reveal Thomas Forrester (Matthew Atkinson) has wanted to find justice for his friend. Thomas was devastated to find out that his friend Vincent Walker (Joe LoCicero) had died in a hit and run. He wanted to find out who had left Vinny to die. Recently Thomas found out that Liam Spencer (Scott Clifton) and his father Bill Spencer (Don Diamont) were responsible for accidently killing Vinny. Liam and Bill were out for a drive when Liam accidently hit Vinny with the car.

Liam was upset that he had hit Vinny and passed out. Bill put Liam back in the car and drove away. Bill covered up the hit and run by throwing away Vinny’s wallet and cellphone. He sold the car that Liam was driving. Bill believed that Liam would go to jail for murder because he had a motive for wanting to kill Vinny. Liam had a one-night stand with Steffy Forrester (Jacqueline MacInnes Wood). She found out that she was pregnant and needed to have a paternity test to find out who the father of her child was.

The test results indicated that Liam was the father of Steffy’s baby. Liam and his wife Hope Spencer (Annika Noelle) had trouble with their marriage because of the one-night stand. Thomas found out that Vinny had altered the paternity test and that Dr. John Finnegan (Tanner Novlan) was the father of Steffy’s baby. Thomas told everyone the truth. Liam and Hope wanted to get back together but are now facing an uncertain future because Liam confessed to the police that he accidently killed Vinny. Bill confessed his part in the crime to the police as well. Thomas has been upset with Bill because Bill did not show any sympathy over the fact that Vinny was dead.

The Bold and the Beautiful (B&B) Spoilers: Thomas Forrester Furious With Bill Spencerhttps://t.co/VqqXyr2Bqv

The Bold And The Beautiful Spoilers – Thomas Forrester Takes

Bold and the Beautiful Thomas thought that the way that Bill saw Vinny’s death was heartless. Bill thought that Vinny got what he deserved for altering the paternity test. Thomas was upset with Vinny before his death. He had shut him out of his life. However, Thomas felt that Vinny could have gotten to have a second chance if he had lived. Will Thomas believe that Bill deserves to lose everything in a similar way that Vinny lost everything? Will Thomas try to take Spencer Publications from Bill? Will Thomas try to win Katie and Will over in some way? Tune into Bold and the Beautiful to find out of Thomas will try to take away what is important to Bill to get back at him for Vinny’s death.