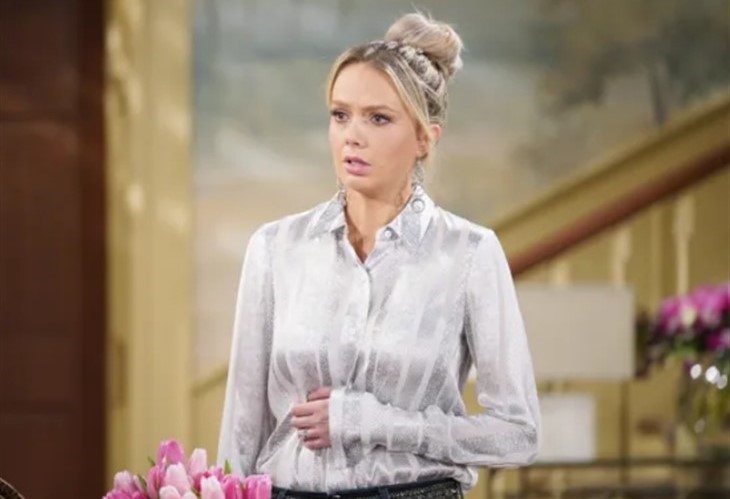 The Young and the Restless (Y&R) spoilers document that Abby Newman Abbott Chancellor (Melissa Ordway) will be upset by her latest contact with Chance Chancellor (Donny Boaz). Teasers indicate that an unsettling telephone conversation will end with a disconnection.

Considering that Chance remains on his often referenced dangerous mission, it’s reasonable to believe that he’ll be out of contact for a while.

Nina Webster (Tricia Cast) was specifically written back into the show as a replacement for Chance. Having Chance’s mother and one of the legacy cast members return to Genoa City, Wisconsin, was also a wink to the fans. For whatever very unusual reason, Y&R didn’t renew Boaz’s contract and hasn’t replaced Chance since.

The Young And The Restless Spoilers – Biding Her Time In GC

One of the other perplexing elements within this awkward storyline is that Y&R hasn’t created something else for Abby to do. Mariah Copeland (Camryn Grimes) is carrying the baby as Chabs surrogate. So, Ordway’s character is serving as a support system, rather than being the physically expectant mother herself.

Abby’s restaurant would be the perfect place for a companion piece to exist. Yet it doesn’t, which is another weird element within this orchestrated plot.

Y&R Spoilers – How Was This Storyboard Created?

Those who’ve adapted to the intersection of the print and digital worlds likely know that physical storyboards were once used in the soap world. The writing staff used them to create visual representations of long-range plans for the characters.

No matter whether old school paper and magic markers or tablets are used to plan out today’s tales, viewers have to wonder who plotted this confusing Chabs story?

Why was Boaz’s contract not renewed? The actor isn’t known to have provoked a negative reaction among his castmates or the fans. So, what was the reason why he was let go, and might he be asked to return this year or ever?

Abby’s malaise is real. Her demeanor also represents discontent within a savvy audience, which isn’t enough to explain away this plodding storyline.

The Young And The Restless Spoilers – Mariah Copeland Offers Relief?

Mariah was written in as Abby’s sudden confidant leading into the Chabs wedding. In retrospect that was done to facilitate Mariah’s open acceptance of the surrogacy responsibility.

The above angle should be uplifting. Instead, it’s serving as one of the space-fillers in the Chabs’ family plan where Chance is out of sight.

Here’s hoping that Mariah is able to offer some upbeat news to Abby in the coming days and weeks. This new bride needs some happiness in her life and the audience surely agrees.