The Bold And The Beautiful (B&B) Spoilers: Thomas In Danger, He Discovers The Truth About Vinny’s Death? 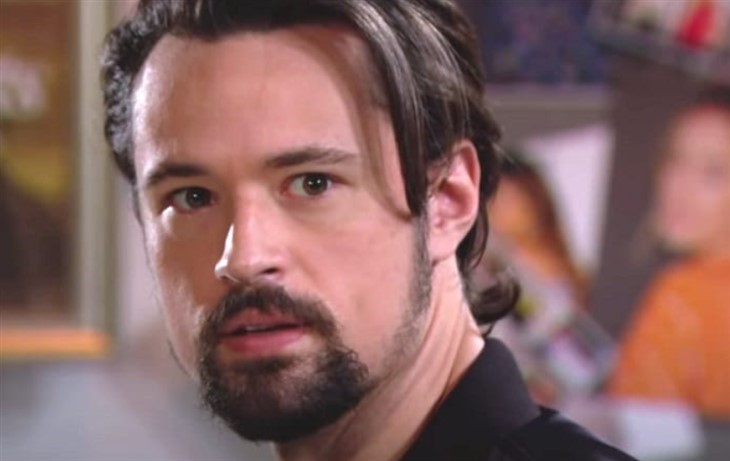 Viewers of The Bold and The Beautiful will recall that Vinny apparently texted Thomas before he died, warning of someone coming after him trying to kill him in order to frame Thomas! Vinny had texted Thomas that he had overheard something when he was being released on bail about Justin Barber (Aaron D. Spears) being reminded of “when Thomas ran over my niece Emma Barber (Nia Sioux)” and never paying for it! Vinny had overheard Justin saying he was going to make Thomas pay for Emma’s death if it were the last thing he did, although he didn’t know who he was talking to.

The Bold The Beautiful (B&B) Spoilers: Will Thomas Try To Take Everything From Bill?

Then as Vinny apparently continued to walk down the road that dark night, he had seen a car barreling towards him – and Vinny described it – it didn’t fit the description of the car that Liam Spencer (Scott Clifton) was driving! The last thing in the text was “he’s after me”! From this, Thomas knows that Liam was in the wrong place at the wrong time and inadvertently may have finished the revenge job for Barber! Thomas also knows that it’s Barber who is representing both Liam and Bill Spencer (Don Diamont) and if that who was trying to run down Vinny, then Thomas is in danger!

Longtime viewers of The Bold and The Beautiful will recall that it was a very similar situation – a dark night, a dark road, and Thomas was tailgating Emma in an attempt to keep her from revealing a secret to Hope Spencer, then Hope Logan (Annika Noelle) that would hurt her! Emma had also led the accusations of Thomas stalking Hope back then!

Thomas really doesn’t want to believe that now, after all these years, this horrible mistake would come back to haunt him. He had been accused, not formally, but in anger by Xander Avant (Adain Bradley) of running Emma off the cliff on purpose. Longtime viewers of The Bold and The Beautiful will remember that he didn’t call 911 either and that he had watched Emma die – and left. She didn’t deserve to die down in that ravine either, although he doubts there would have been anything that could have been done to save her because she died almost immediately. He couldn’t reach her – she was down in a ravine and rescuers would have gotten to her too late to save her.

The Young and the Restless (Y&R) Spoilers: Eric Meets With Sally – Finds Solution To Summer Dilemmahttps://t.co/Z3COibpIE9

Thomas knows he was wrong by not at least calling 911 and wishes he could go back and change his behavior, but he cannot. However, he knows that Liam didn’t run down Vinny on purpose and that Bill made things worse by covering it up. It was Bill’s choice to not call 911, he believes Liam when he tells him that he wanted to call 911 but Bill wouldn’t. Thomas does know that he needs to watch his step and watch his back just in case because Vinny knew that Barber was going to go after Thomas for revenge over Emma eventually! Thomas is just not sure what form the revenge will take!

Keep checking back here for more The Bold and the Beautiful spoilers, rumors, and soap opera news.