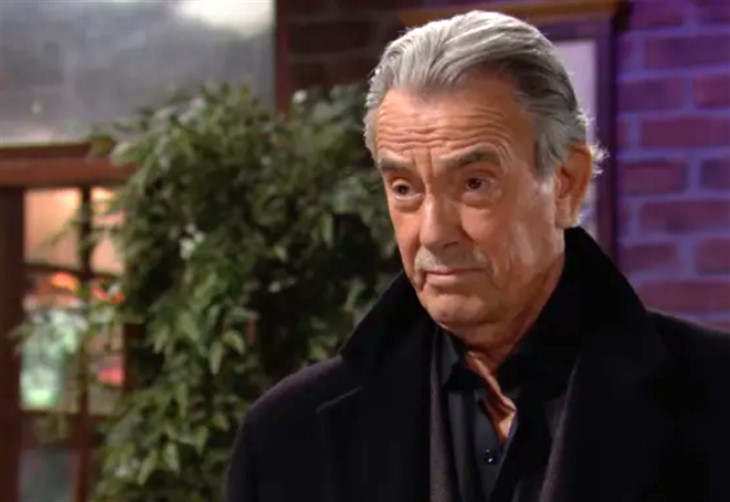 Meanwhile, Lily Winters (Christel Khalil) questioned the man she’s fallen in love with. Billy Abbott (Jason Thompson) has declared his love for her but still feels the need to protect Victoria. Why is that?

The Young And The Restless Spoilers – Victor Newman Is Naturally Suspicious

Ashland appeared to be making friends with Victor. The Moustache took to him after the pressured Cyaxares deal was unusually finalized, with the Lockeness Monster holding no apparent grudge.

The Young And The Restless (Y&R) Spoilers: Kyle And Summer’s Plans Are Shaky – Will August Wedding Happen?

However, considering Ashland’s known pattern of revenge, one has to wonder if his terminal diagnosis is real. Even assuming that it is, would it be fair to guess that Ashland is targeting Victoria in order to get back at Victor?

The above question can’t be ruled out based on Ashland’s fierce reputation. Devoted viewers heard Kyle Abbott (Michael Mealor) detail Ashland’s many misdeeds and also know that Jabot was sabotaged earlier this spring.

Y&R Spoilers – Lily Winters Wondering If Hold Can Be Broken

Billy might simply be in the habit of defaulting to his protective stance. He did tell Lily that Victoria always looked out for him and that he was simply doing the same now.

Thompson’s character also used an interesting strategy when responding to his current love interest. His hypothetical, about wanting to believe that the same level of compassion would be offered if she, Lily, were involved, was hard to argue. So, she didn’t do so.

But Lily’s lingering concerns about whether Billy can break free from Victoria’s grip are apt. Enough time hasn’t passed since the last Villy pairing ended. Plus, there isn’t enough situational evidence to give Lily confidence that Billy is fully committed to this still-new relationship.

The Young And The Restless Spoilers – Victoria Newman’s Check Intriguing

Victoria’s concern for Ashland’s diagnosis was real. She saw the change in his demeanor and if he’s telling the truth, then this crisis changes everything.

But Victoria’s resistance to accepting Ashland’s offer to kiss implied a hidden goal. In true Newman fashion, Victoria called a minion after Ashland left her New York suite and ordered a check to be conducted on the Locke Communications Group. Her desire to determine Ashland’s balance sheets reveals that her main interest is business, not personal.