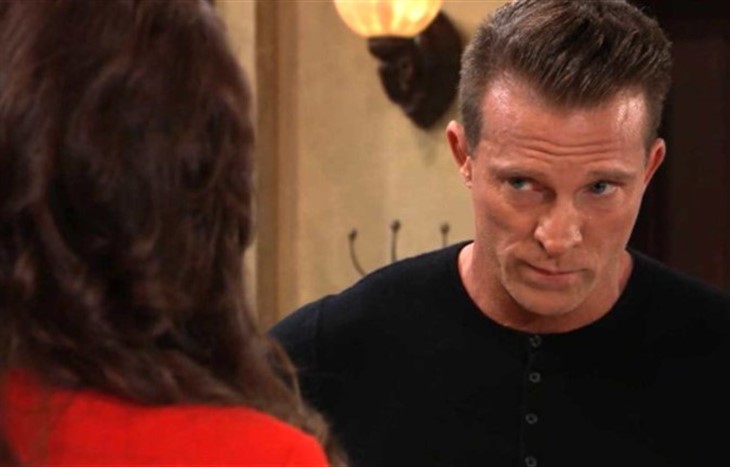 General Hospital viewers will remember that Jason got to thinking about his life while on the run with Britt Westbourne (Kelly Thiebaud). Even though he was willing to take over the Corinthos “other business” and step into the shoes that Carly Corinthos (Laura Wright) had temporarily, his heart may not be in it anymore. Britt has caused him to think about his life, and what he really wants it to be, and who he really is inside.

She touched a place in him that he had not been in touch with for many, many years. Life is short – and Jason needs to do some things that he has not been able to because the “business” has always gotten in the way. Of course, being held for five years in a Russian clinic didn’t help.

He has recently had to step back into the Corinthos family business practically as soon as he got back to Port Charles, because the same day that the Cyrus Renault (Jeff Kober) problem was finally resolved, one of their shipments went missing in New Jersey! That is a sure sign that another mob family is trying to take Sonny Corinthos’ (Maurice Benard) territory just like Cyrus had for the past two years or so! Then Britt’s mother, Liesl Obrecht (Kathleen Gati) came and among other things, wanted him to hunt down Peter August (Wes Ramsey).

General Hospital viewers know that Jason and Britt have more than just a physical attraction, they have a very deep connection. Britt sees things in Jason no one else does and Jason sees things in Britt as well. They saved each others’ lives, but Jason also was the one who helped Britt face her Huntingtons’ Disease symptoms and gave her the strength to get checked and find out for sure. Jason may be remembering deep parts of himself from long ago before his traumatic brain injury – when he was Jason Quartermaine and studying to be a doctor!

Despite the best efforts of his interfering bestie Carly Corinthos (Laura Wright) to nip things in the bud between Jason and Britt, Jason finds himself insisting on some boundaries – in other words, he appreciates her worry but butt out, thank you, ma’am! That is certainly new territory for Carly! Jason knows in his head that his life can be dangerous – and it may be better if he stayed single. Sam McCall (Kelly Monaco) did have a valid point when she broke up with him because of the danger to their children.

But that was when there was a mob war going on, and now Cyrus is no longer a problem. But “Jasam” is a ship that has sailed, and each one in different directions. Now Jason wants to move forward with Britt even more than he already has – but he does acknowledge that life could be dangerous! Britt’s response is she grew up with a mother obsessed with a maniac, and Liesl is far more worried than she needs to be as far as Britt is concerned. Britt can take care of herself! As for Jason, he needs to make a decision whether to listen to his head or follow his heart, and he is determined to make the right choice!