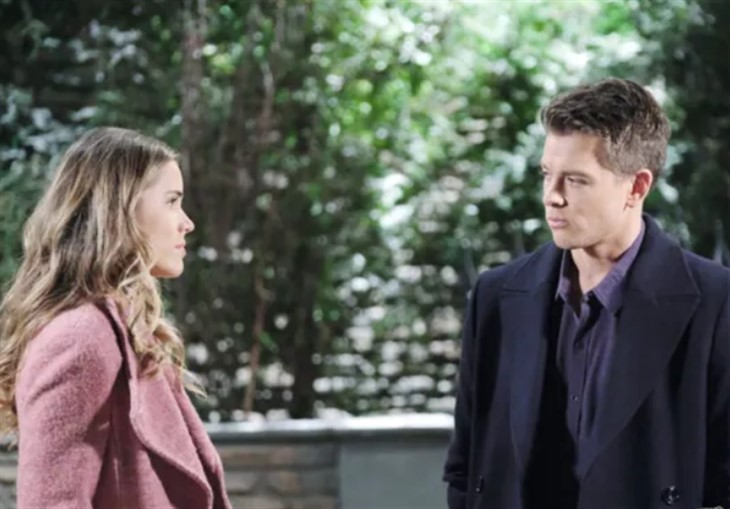 General Hospital (GH) spoilers tease that Willow Tait (Katelyn MacMullen) is about to marry the wrong man, yet again. After having her marriage to Michael Corinthos (Chad Duell) annulled once Nelle Benson (Chloe Benson) died and could no longer try to take custody of Wiley Corinthos (Erik and Theo Olsen), Willow and Michael fell in love for real.

But Harrison Chase (Josh Swickard) still believed that there was a chance for a reconciliation with her. Not wanted to hurt Chase, Willow was prepared to let him down easy when Chase was poisoned by Peter August (Wes Ramsey). Believing that Chase was going to die, Willow agreed to marry Chase to make his last days happy. Michael understood even though neither of them wanted Willow to go through with it. But it seem to that Willow will indeed marry Chase.

General Hospital Spoilers – Dr. Hamilton Finn will save Chase at the last minute!

Dr. Hamilton Finn (Michael Easton) will finally be able to come up with a cure for Chase, but only after the wedding has already taken place. This means that Willow will now be forced to stay married to a man she no longer loves. But what about Michael, how will he react once he knows Chase will live? Of course, it goes without saying that both Michael and Willow are happy that Chase will survive. It just means that their lives are about to become even more complicated. Michael won’t he happy once it appears that Willow and Chase will remain together.

Michael may try to win back the last woman he loved before Willow. And that would be Sasha Gilmore (Sofia Mattsson). But Sasha has moved on and is even pregnant by Brando Corbin (Johnny Wactor) so it seems unlikely that if Michael tries to win her back that he would be successful. Perhaps if Sasha weren’t pregnant, she might consider it. But as long as Brando is around, Michael will probably strike out. But there may be hope for Michael and Willow yet…

Before the wedding to Chase, Michael and Willow have been intimate several times. It seems very likely that Willow could be pregnant. If so, will she lie that the baby is Chase’s to help with his recovery or will that be what finally drives Willow to tell Chase the truth? Do Michael and Willow stand a chance of reuniting? Could Chase fake symptoms in order to keep Willow around?

Will Willow stay with Chase even after he is cured? Will Chase realize something is wrong and pretend he isn’t recovering to keep Willow around? Is Willow pregnant with Michael’s baby? Noble actions can lead to intense heartbreak in Port Charles, so stay tuned to General Hospital airing weekdays on ABC. And don’t forget to check back right here regularly for all your General Hospital news, information and spoilers!