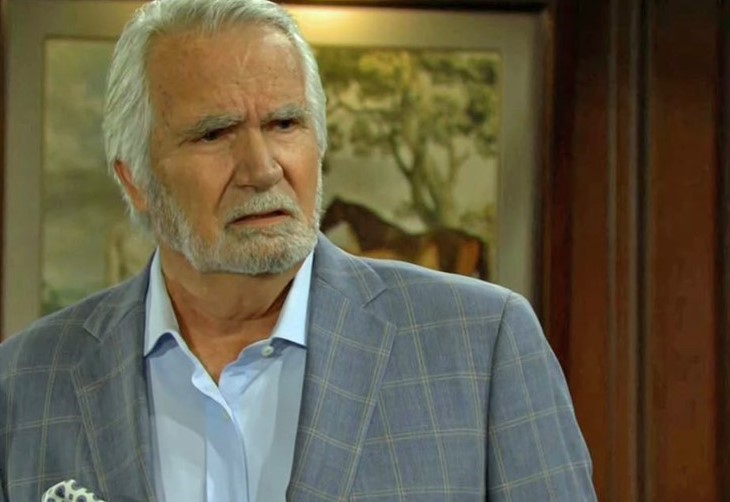 The Bold and the Beautiful (B&B) spoilers document that those who have done wrong in daytime deserve a defense. And so Quinn Fuller Forrester (Rena Sofer) and Carter Walton (Lawrence Saint-Victor) aren’t going to be labeled as total villains.

Instead, the actions of Eric Forrester (John McCook) and Zoe Buckingham (Kiara Barnes) will be scrutinized for two very good reasons. When the indefensible happens, change the topic and shift the focus. That’s how creative moralists roll in soap.

Quinn was simply trying to help her best friend, Shauna Fulton (Denise Richards), be with the man she fell in love with. Ridge Forrester (Thorsten Kaye) divorced Brooke Logan Forrester (Katherine Kelly Lang) countless times. Plus, Brooke has been trying to force Quinn out of Eric’s life for years.

The Bold And The Beautiful (B&B) Spoilers: Disagreement Over Thomas Leads To Another Ridge And Brooke Split

Sure, it was understandable that Eric was bothered by Quinn’s actions in helping Shauna to marry Ridge on the strip in Las Vegas, Nevada, last year. But Quinn truly believed that Shauna was Ridge’s next wife.

Eric should not have held a long-standing grudge against Quinn for the Shidge incident. He took matters so far that Queric became a couple in name only and that caused Quinn to seek advice from someone who was willing to listen, Carter.

Carter knew Zoe for what, a matter of weeks? Then, he asked her to move in with him. Yes, that was quick.

Zoe understood that Carter’s history with romance wasn’t good. Carter volunteered that intel to Zoe, which revealed his vulnerability and represented a warning sign.

It wasn’t that Carter didn’t care for Zoe. He did. But his feelings weren’t fully developed and the rapid nature of his marriage proposal implied that he was desperate to secure love. That pressure deeply affected Zoe, which gave her a reason to rationalize her pursuit of Zende Forrester Dominguez (Delon de Metz).

The Bold And The Beautiful Spoilers – Quarter Wasn’t Planned, But Could Be Revisited

Quinn never considered Carter in the past. The same is true with Forrester Creations’ lead counselor and Chief Operating Officer where Quinn is concerned.

The Bold And The Beautiful (B&B) Spoilers: Steffy And Hope Unite, Search For Kidnapped Loved Onehttps://t.co/SgmbKHC2xO

A moment in time happened. Well, okay it was about three moments. But nevertheless, Quinn and Carter weren’t seeking revenge against Eric and Zoe. Chemistry opened a door and the Quarter nickname emerged.

The almost certain end of Queric and Zarter could mean that Quinn and Carter’s connection hasn’t ended. It’s simply been paused. But no matter what happens an explanation has been offered for their actions and the defense now rests.