The Bold And The Beautiful (B&B) Spoilers: Paris Can’t Give Quinn Free Cheating Pass – Zoe Loyalty Will Win Out 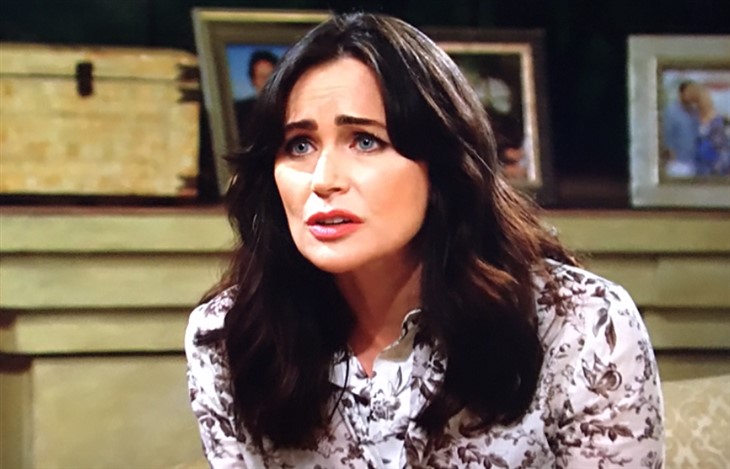 The Bold and the Beautiful spoilers document that Quinn Fuller Forrester (Rena Sofer) was outright begging, which was not a good look for her. Paris Buckingham (Diamond White), whose college degree is still fresh, has assumed a position of power over Quinn’s life. Imagine that.

Yes, that’s daytime. Deal with it.

The Bold And The Beautiful (B&B) Spoilers: Steffy Is Making A Huge Mistake With Liam – Does She Need A Shakedown?

Quinn, not Paris, is the villain. Sofer’s divisive character intentionally chose to seek Carter out because Eric wasn’t paying attention to her.

What happened was hardly a big surprise, as Quinn’s personal history involves numerous instances where she couldn’t keep control of her impulses. Among many storyline references that can be cited, the Adam and Eve tale with Liam Spencer (Scott Clifton) comes to mind as an example of when Quinn simply couldn’t straighten her twisted thoughts.

Now, years later, she decides to pursue Carter, on more than one occasion. Paris becomes aware of that connection because Quinn was talking openly about Quarter at work. How reckless.

At least Carter broke his engagement with Zoe. While what he did with Quinn was totally wrong at least he wasn’t violating a current relationship.

The consequences Carter will face when this reveal inevitably happens seem geared to not only damage his personal life but potentially end his hard-earned career.

How could Eric be expected to keep Carter on Forrester Creations’ Board of Directors after he learns the truth? Another question is if Carter will be fired as FC’s head counsel?

Paris came to Los Angeles, California, so she could be with her sister. Zoe treated her badly shortly after Paris’ stay began, which was mostly related to a perceived rivalry for Zende Forrester Dominguez (Delon de Metz).

The Bold and the Beautiful Don Diamont And Wife Cindy Celebrated A Big Family Milestonehttps://t.co/3iJegQ0amD

So, the genuinely sweet Buckingham sister has been forced into more than one terrible position. Paris’ responded to Zoe’s accusations about Zende with an open heart.

Paris’ reaction to the existence of Quarter is understandable. She doesn’t want Zoe to enter a marriage where her fiance is withholding an important truth. That’s right, White’s character is surely growing up fast in LA.