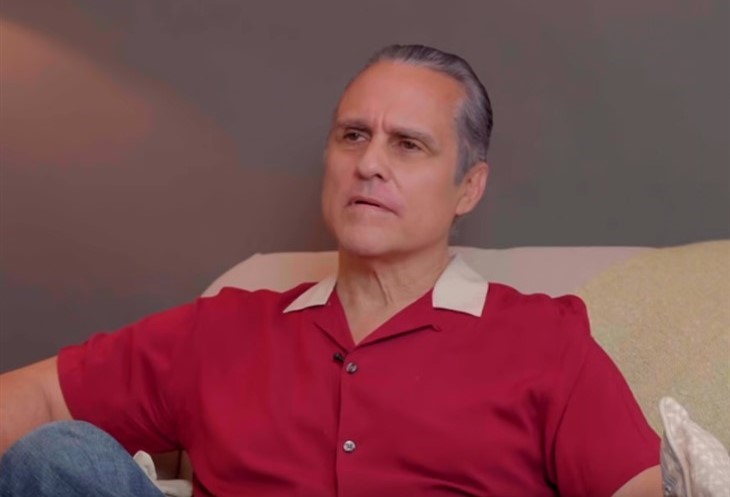 General Hospital spoilers and updates tease that Maurice Benard is on defense mode as some fans voiced their frustration about the current Nixon Falls storyline.

Some viewers were happy to see a different side of Sonny but others were upset and just want to see him return to Carly and his family in Port Charles. But Maurice seems to be loving his new role.

In a recent tweet, the actor seemed to be enjoying filming scenes as Mike. He described his recent scenes with Cynthia Watros, who plays Nina Reeves, as “Simple, Sweet, A touch of magic.”

He said it’s an “underdog story” and he’ll continue to do all he can to bring it to life. But he also made it clear he still honors #CarSon.

Benard is using Sonny’s amnesia as a great time to show off his acting skills while playing a different role on the soap. The Emmy-award winner explained that he changes the energy and adds in his own personality when he’s playing his new character. He admits that he misses Sonny but playing a new role feels “very freeing” since he has not done this in 28 years.

Aside from venting out their frustrations on social media, some fans blast Nina for keeping Sonny away from Port Charles. The actor defended Nina and asked viewers if they’ve done something they shouldn’t have in the name of love. Unlike some viewers, the actor believes that Nina can still be redeemed even after the truth comes out.

He also reminded fans about the “horrific, terrible, malicious things that Sonny did when he first came to the show. “Acting is all about choices. I figured it out 28 years later,” the actor said.

Benard also assured fans that they’ll know it if they don’t like the storyline because he’s not good at faking. It has happened several times in the past but he said the Nixon Falls storyline is definitely not one of them.

The actor urged fans to be patient and enjoy the story as it unfolds. He even teased that the upcoming scenes are “incredible.” Sonny and Carly Corinthos (Laura Wright) will eventually reunite but for now, in his current amnesiac state, Sonny has fallen hard for Nina.