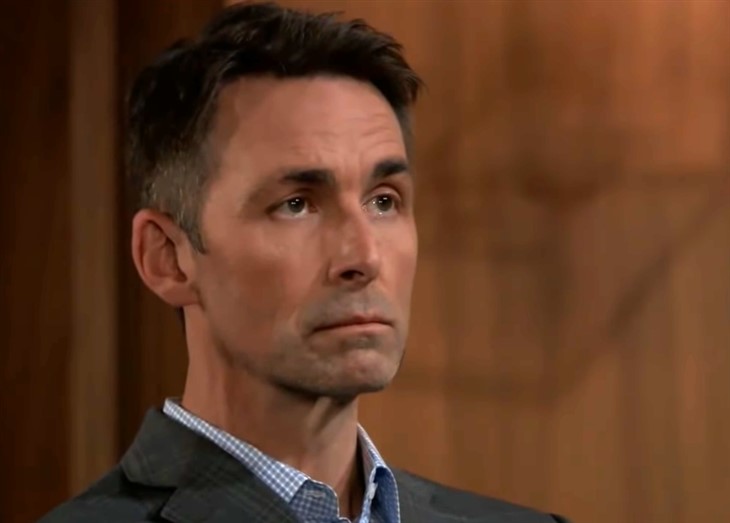 General Hospital (GH) spoilers reveal Valentin wanting to do the right thing and find the missing baby since he feels so lucky to have his own new baby safe with him.

Valentin (James Patrick Stuart) is so thrilled to allegedly be a father again to another little daughter that he feels terrible for what Maxie is going through. He also feels bad for Anna (Finola Hughes) as they both feel guilt for not killing Peter (Wes Ramsey) when they got the chance, putting Maxie in this mess.

When Brook Lynn (Amanda Setton) learns that Valentin is going to join the search, she freaks out because he could very well find evidence that will lead him right back to her and the baby she is calling Bailey when we all know that baby is really the Louise Valentin is looking for.

Will Brook be able to stop him from joining the search? She might not be able to as she also tries to keep Maxie away from the baby. Maxie is determined to see her daughter but Brook thinks that’s a terrible idea. In fact, she is becoming quite attached to the baby herself and one has to wonder if she will give the baby back when the time is right — whenever that happens to be.

As for Anna, she is just thrilled that she has someone as skilled as Valentin joining the search. Maxie is her goddaughter and she blames herself for pushing Maxie towards Peter when she was trying to convince herself this sociopath was a good man. Meanwhile, she also wants him to help her find Peter.

Meanwhile, Maxie also has to convince Dante (Dominic Zamprogna) and Sam (Kelly Monaco) all of her story is true because they are poking hole after hole in it and Dante keeps finding more evidence that confuses him. What a mess Maxie has managed to get herself into as she wraps the whole town up in it. Although we do have to ask where Maxie’s mother is in all of this. Felicia (Kristina Wagner) always seems to be MIA when her only living daughter needs her most. Stay tuned to General Hospital weekdays to see how this story plays out.