Days Of Our Lives Comings And Goings: Cameron Johnson And Victoria Konefal Are Returning 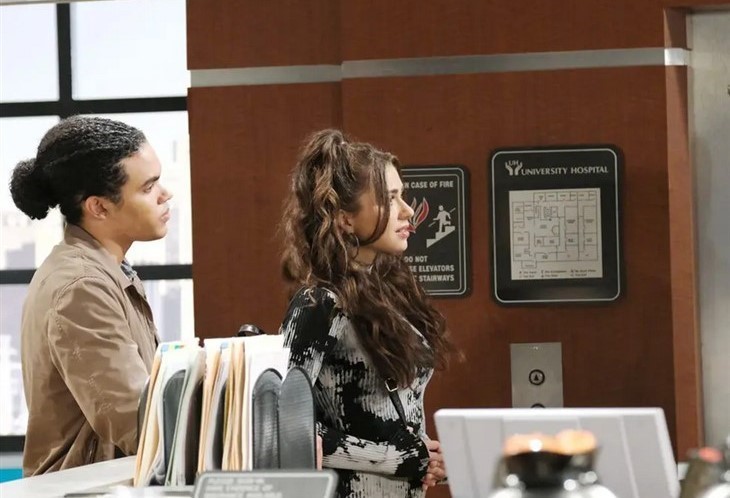 Days Of Our Lives Comings and Goings reveals two stars will be making an appearance in the coming weeks. Cameron Johnson and Victoria Konefal will reprise their roles of Theo Carver and Ciara Brady Weston on the June 28 episode of the NBC soap opera.

“Days of Our Lives” spoilers tease some serious action, and possibly a show-down in the June 28 – July 2 episodes, and Ben Weston (Robert Scott Wilson) in particular will be affected.

It’s obvious that Ben Weston isn’t ready to let his wife Ciara go, even after Ciara filed the papers for divorce and left with Theo. The spoilers state that the drama starts when Ben drifts off to sleep, only to dream about the one woman he truly loves. As dreams have served as a tie between Ben and Ciara in the past, Ben will think it’s a sign when she returns.

Ciara could possibly dream of Ben before her return, but she may not be willing to admit it.

When Ben sees her in the flesh, he’ll likely believe his dream was a premonition, thereby becoming hopeful that Ciara’s reappearance is because she finally remembers their love story and wants to reunite.

Unfortunately, Ben’s heart is set to be broken all over again as she has another task in mind for visiting. It’ll be frustrating for Ben when she demands a divorce in person.

As Ciara and Theo’s love blossoms, she may want to be free from Ben so that she can marry Theo, and Ben already burned the last set of divorce papers. It likely won’t stop Ciara from presenting some new ones and insisting that Ben sign it.

Ben would continue to find ways to delay it, but sooner or later, he’ll realize that Ciara no longer wants him. He could possibly try to get Ciara to remember how their love blossomed, so it’s yet to be seen if he’s successful or not.

Days Of Our Lives (DOOL) Spoilers: Gabi And Jake Work Together To Try And Stop His Brothers’ Coup https://t.co/AmKXS9rqSt pic.twitter.com/OJl8JiAZfd

Theo’s reason for returning is to attend a major family event. Lani Price-Grant (Sal Stowers) and Eli Grant (Lamon Archey) have an anniversary party coming up that Theo wants to attend.
The anniversary party will coincide with Paulina Price’s (Jackee Harry) groundbreaking for the Horton Town Square initiative, which Abe Carver (James Reynolds) has been invested in.

Theo will want to support his father, so he’ll be kept busy, but that’s not to say he wouldn’t put up a fight when he realizes that Ben is trying to steal Ciara from him. So it’s safe to say that it’s likely that there will be a showdown.

Days Of Our Lives Comings And Goings –