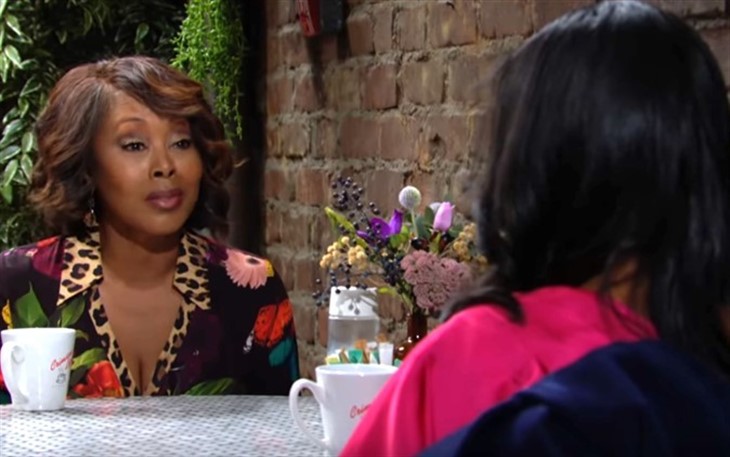 The Young and the Restless (Y&R) spoilers say that Amanda Sinclair (Mishael Morgan) is going to be forced to make some rather tough decisions. Her private investigator Denise (Telma Hopkins) finds out that her father Sutton Ames (Jack Landon) made a phone call to Naya Benedict’s (Ptosha Storey) that lasted about five minutes. Obviosuly, someone has a lot of explaining to do here! Read on for all of the latest spoilers.

For Amanda, this latest revelation is quite upsetting as she spent the most part of her life feeling unwanted just to find out that she missed out on having a father who actually wanted her. This, of course, will change her whole life. She will finally get the family that she’s missed out on all of these years. Or at least, that’s her hope.

The Young And The Restless (Y&R) Spoilers: Amanda Learns Naya Lied About Richard, Talked Before Death

Speaking to Soap Opera Digest in a new interview, Mishael Morgan, who plays Amanda Sinclair on the hit CBS soap, puts it this way, “This is getting to the point that her family expects her to overlook all of these discrepancies. They keep treating her like she’s an idiot who doesn’t have the smarts to piece together this puzzle. Amanda won’t let them continue to insult her intelligence, so she has to say something to Naya and find out what the truth is.”

The Young and the Restless spoilers say that Naya will rush to meet her daughter and hopefully explain a few things. Without disclosing what she knows about the phone records, Amanda asks her mother if she ever had contact with Richard Morgan. When Naya says she didn’t, Amanda hits her with some evidence when she’s caught off guard. But it’s what Naya says next that will completely leave Amanda surprised. Who can she trust in this situation or better yet, who can she trust with the truth? Needless to say, Y&R fans will have to tune in to find out what will happen next!