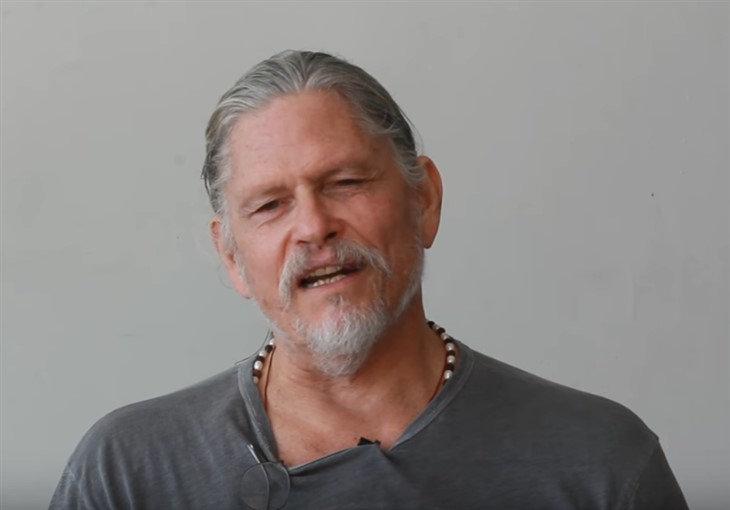 General Hospital (GH) spoilers say that it has been a rather interesting several weeks for the residents and resident villains of Port Charles. Not only is Peter August (Wes Ramsey) gone, but so is Cyrus Renault (Jeff Kober), which means the streets are going to be a little safer in the coming weeks and months ahead, or at least a little less dramatic. And now actor Jeff Kober is opening up about his exit from the soap. Here’s what he has to say.

Jeff says that he loved playing Cyrus, even though he was a character who was both a menacing villain but also someone who just wanted to be loved by his mother. Speaking to Soap Opera Digest in a new interview, the multi-talented actor puts it this way, “When you can really tap into a character’s need and attach it to another person and need something from that person and all that juicy actor stuff comes up, that’s what floats my boat.”

General Hospital (GH) Spoilers: No Place For Brando In Sonny’s Organization, What Will He Do Next?

Jeff adds that while it can be challenging but also embarrassing at the same time, it’s also one of the reasons why he got into acting in the first place. Should Cyrus ever make his way back to Port Charles, Jeff says that the sister who rejected him, Laura Spencer (Genie Francis) would be wise not to make that same mistake again. Jeff says that the very last scene he shared with actress Genie Francis was certainly a memorable one and a powerful one, too.

He further explained, “He would not ever forget that she turned her back on him – and he would find a way to make her pay for that. And if he could get her to love him along the way, that would still be something he would like, too.”

GH Spoilers – Is Cyrus Coming Back?

In other words, it doesn’t sound like Cyrus’ story is over in Port Charles just yet. Not whether or not he comes back, remains to be seen. Of course, General Hospital fans will have to tune in for all of the action!