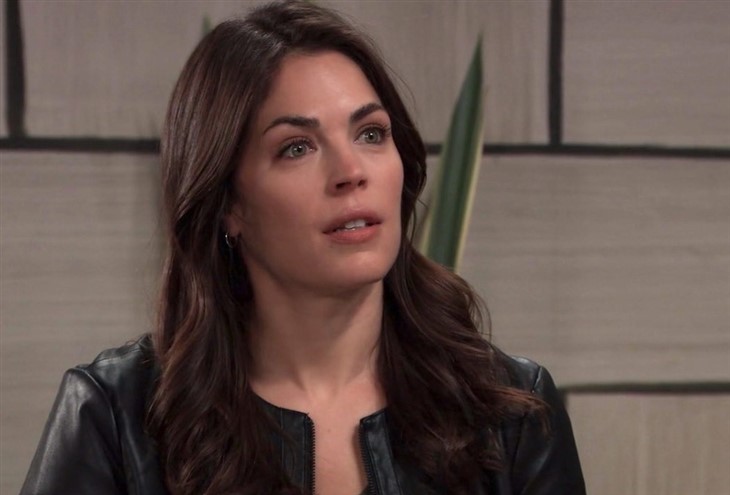 General Hospital (GH) spoilers and updates reveals Dr. Britt Westbourne (Kelly Thiebaud) has returned to Port Charles. She had to go on the run with Jason Morgan (Steve Burton) when Cyrus Renault (Jeff Kober) tried to have her killed. Britt needed to help Jason because he had been framed for the death of Franco Baldwin (Roger Howarth) by Cyrus and Peter August (Wes Ramsey). Jason helped Britt while they were on the run when she needed to find out if she had the marker for Huntington’s disease. Britt found out that she had the marker and was devastated.

Jason was able to go back to Port Charles and he sent Britt’s mother Dr. Liesl Obrecht (Kathleen Gati) to care for Britt. Jason was exonerated for killing Franco and has been able to go back to his life. Britt has been able to come back to Port Charles and get back to her life as Chief of Staff at General Hospital. She wants to continue to help Jason because they became close while on the run. Britt wants to make sure that the ones that she cares about are doing well.

Britt wanted to help Maxie Jones (Kirsten Storms) because she was pregnant. Britt was going to help Maxie find a new place for her daughter Louise August (Harper and Scarlett Bloom) because she was concerned about Peter being in her life. Maxie was able to find help from Brook Lynn Quartermaine (Amanda Setton) who is now taking care of Louise. Maxie told everyone that Louise was kidnapped by Chloe Jennings (Kimberly J. Brown) so that no one will know that Brook Lynn has Louise. Britt can see how upset Maxie is about not having Louise with her. Britt wants to support Maxie while she cannot be with Louise.

Nina does not know that Jax blackmailed Michael. She had been in a relationship with Jax until she found out that he kept the truth that Nelle Benson (Chloe Lanier) was her daughter from her. Britt may feel that Nina should move on from Jax. She may tell Jax that he should stay away from Nina. Nina may want to go back to Nixon Falls soon. Britt may help Nina decide what she will do about Sonny.

Britt will want to help Brad Cooper (Parry Shen) Britt and Brad are best friends. Brad has been in Pentonville Penitentiary for kidnapping Wiley. Brad was attacked in Pentonville by Cyrus but Britt was able to keep him safe by getting Jason to help her. Britt is concerned about having Huntington’s disease. Brad could help Britt face her uncertain future. Britt will want to help Brad to find a way to get out of Pentonville.

GH Spoilers – Britt Westbourne Wants To Be Of Help

General Hospital Britt wants to help the ones that she cares about. She does not want to think about the fact that she has Huntington’s disease. She wants Maxie to be able to be with Louise again. Can Britt find a way for Maxie to get Louise back? Britt will want Nina to make the right choice on what will make her happy. Will Britt help Nina decide if she wants to be with Jax or Sonny? Britt wants Brad to be able to get out of jail and start a new life. Can Britt help Brad to start over if he gets out of Pentonville?

Tune into General Hospital to find out how Britt helps the people in her life that are important to her.