The Walking Dead Spoilers: A Rick Grimes Moment CUT That Was, ‘Too Far To Go’ 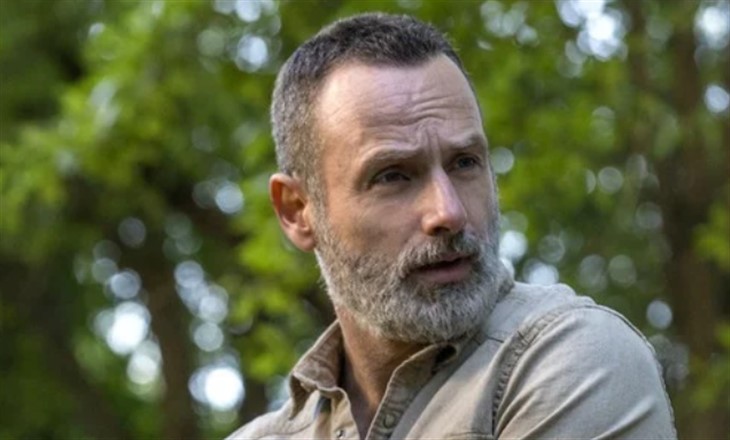 The Walking Dead spoilers and updates tease that there was cut Rick Grimes moment from the comic books that creator Robert Kirkman said was “too far to go.”

In issue #17 of Volume 3: Safety Behind Bars, Kirkman revealed that he originally planned for Rick to strike Lori after she tried to stop him from beating Thomas. He revealed that he was trying to push both characters to their breaking point but Rick hitting Lori was just too much. So he ended up with something else instead.

It all started when Rick starts to feel guilty over the gruesome death of Hershel Green’s young twin daughters, Rachel and Sussie. Rick’s group has taken up residency in a prison facility. But one violent inmate of the prison decapitated the kids.

Rick has had no sleep and he’s been plagued by the thoughts of the tragic death of Tyreese’s daughter Julie and her boyfriend Chris shortly after they arrived at the prison. The twin’s death weighed down on Rick and he’s out for blood after he found out who did it.

At first, they accused the convict, Dexter, to be the murderer. But it was revealed that the real culprit was Thomas when he tried to kill Andrea with a knife. Rick rushes to Thomas and beats him with his bare fists. Lori Grimes, who’s pregnant, tried to stop him before he kills Thomas. It was Tyreese who eventually stops Rick from killing Thomas.

Rick is furious at Lori when she goes against his decision to put Thomas to death. She argues that doing so will make them no better than the convict who killed the kids. Dale and Andrea agree with Rick. The latter ends the argument with Lori by telling her to “shut the f—k up.”

The colorized reprint of the 2005 issue, which was included as bonus material for The Walking Dead Deluxe #17, included some of Kirkman’s handwritten notes. It revealed that Kirkman originally planned for Rick to hit Lori when she tried to interfere while he was beating Thomas.

His notes read, “Rick delivers beating. Lori leaves then comes to stop him. Rick hits her. Looks back @ Lori. Goes back to beating Thomas. Tyreese stops him.” However, Kirkman realized later that it just didn’t work so he just settled with Rick telling Lori to “shut the f—k up.”

In The Walking Dead #18, Rick made peace with Lori and they both agreed to kill Thomas by hanging. But before that happened, Maggie gunned Thomas down and avenged her sisters’ death when she found him attacking another survivor. After that, Hershel requested that his body be fed to the walkers outside the prison gates.

Be sure to catch up on everything happening with TWD right now. Come back here often for The Walking Dead spoilers, news and updates.