Days Of Our Lives (DOOL) Spoilers: Robert Scott Wilson Says Ben And Ciara To Have ‘Some Much-Earned Happiness’ 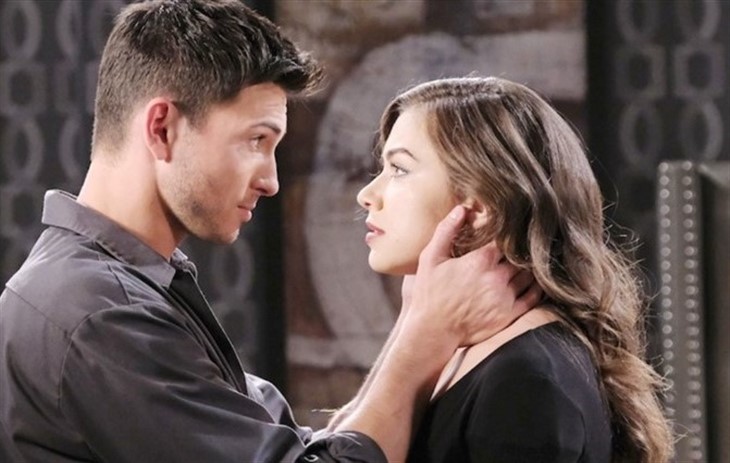 Days of Our Lives (DOOL) spoilers and updates tease that Ben Weston (Robert Scott Wilson) and Ciara Brady (Victoria Konefal) will soon have some much-earned happiness, per Robert Scott Wilson, the actor who plays the role of Ben. The actor teased that it’s time for his character to be happy, even if it’s just for a while.

Wilson said that Ben and Ciara will have a “much-earned happiness” coming their way. The writers have penned a great story for the couple and it’s something that fans have been wanting for so long.

“It’s one of those opportunities for us to take advantage of and have fun with it,” Wilson said.

Days Of Our Lives Comings And Goings: Cameron Johnson And Victoria Konefal Are Returning

The actor added that it’s nice to see the pair enjoy some light moments together given that they’ve been through a lot of hardships and heartbreaks. But in the soap world, happily-ever-after doesn’t exist, which means fans can expect to see some issues come their way.

DOOL Spoilers – For Week Of June 28

Spoilers reveal that Ciara will make a surprising visit to Ben next week. Fans already expect Konefal’s character to return this summer. But what news will she bring? How will Ben react to her return?

Ciara has sent Ben divorce papers after she left with Theo Carver (Cameron Johnson) for South Africa. Ben still hopes that Ciara will come back to him soon but he definitely didn’t expect to receive divorce papers from her. She’s been nagging him to sign the papers and Ben admitted in a conversation with Rafe Hernandez (Galen Gering) that he can’t bring himself to sign them.

In upcoming scenes, fans can expect to see Ciara return to Salem. Ben will be excited to see her, hoping that she’s back for good. However, that’s not the case. She wants him to sign the papers immediately, making Ben wonder why she’s being too persistent. Will he sign the papers or will try some last-ditch effort to win Ciara back?

Ciara isn’t the only one who’ll be returning to Salem. Theo will be back, too and fans can expect to see him in the anniversary bash of Eli Grant (Lamon Archey) and Lani Price-Grant (Sal Stowers).

Days Of Our Lives-