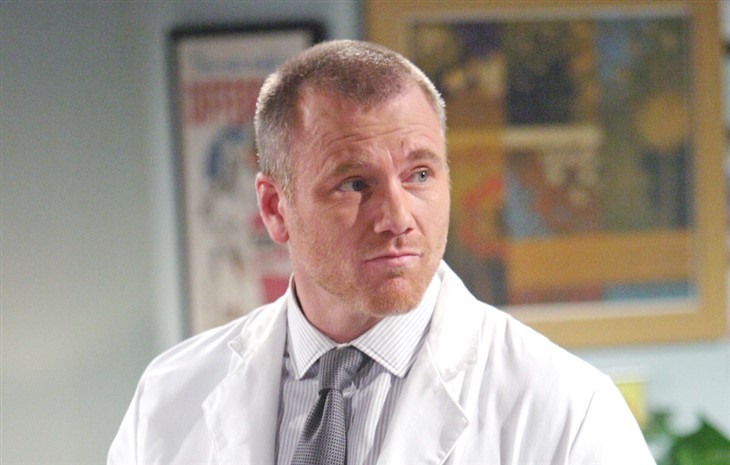 The Young and the Restless (Y&R) spoilers indicate that Abby Newman (Melissa Ordway) may be reunited with a man with her past.

Abby has been going through a difficult time with her husband Chance Chancellor (formerly Donny Boaz) being gone. The couple had began making plans to start a family when Chance was called away on a secret mission.

With Chance away, Abby followed her husband’s wishes and continued with their plans to have a baby. With the help of Mariah Copeland (Camryn Grimes) and Devon Hamilton (Bryton James), Abby’s going to realize her dream of being a mother.

However, Abby’s dream of having a fairy tale ending with Chance may be derailed.

The Young And The Restless Spoilers – Ex From Her Past

As Y&R fans know, Abby is unlucky in love. She’s had many failed relationships, including one divorce. Her first marriage was to Ben “Stitch” Rayburn (Sean Carrigan).

Like many soap marriages, Abby and Stitch’s wasn’t without drama. The couple’s biggest issue was Stitch’s son Max Rayburn (Jared Breeze). The boy came to live with the couple following the death of his mother, which he blamed Abby for.

As the couple adjusted to life with Max, they had good news to share when Abby discovered she was pregnant. Yet, the joyous occasion would soon be shattered. Wanting revenge against Abby, Max caused the mom-to-be to fall down the stairs, thus miscarrying her baby.

Following the loss of their baby, Abby and Stitch eventually separated. Stitch left Genoa City as he helped his son seek treatment for his behavior. Meanwhile, Abby moved on with her life.

When Chance and Abby began to get serious in their relationship, she became nervous. She was afraid to walk down the aisle again due to divorce from Stitch. But after some convincing from Chance and her family, she decided to take another chance on love.

After marrying, Abby and Chance decided to try for a baby. Yet, their plans were thwarted when doctors said Abby would be unable to carry a child. With her hopes diminished, Abby felt that her marriage to Chance just like her relationship with Stitch would fail.

But Chance assured her everything would be fine. Yet, the newlyweds would be tested once again when Chance had to leave due to work.

The Young And The Restless Spoilers – Abby Newman Reunited, But Not With Chance

Although Chance isn’t on the show, his name continues to be mentioned by Abby and Nina Webster (Tricia Cast). Fans are wondering when and if they’ll see Abby’s husband again. Recently, Abby received a package from her husband, and when she was asleep a mysterious figure appeared to be hovering over her.

The Young And The Restless (Y&R) Spoilers: Jack Delivers Final Blow To Tara?https://t.co/SpGQG8IMEw

This seems to be foreshadowing a Chance return. However, Chabby fans may have their hopes diminished when the mystery man turns out to be Stitch.

It’s not known why Stitch comes back or how long he stays. But odds are he’ll be sharing scenes with his ex-wife. Abby and Stitch have a lot of history, which will be rehashed when they’re together again.

So will their old feelings lead to a romantic reunion? If so, will poor Chance be left out in the cold?