The Bold and the Beautiful (B&B) Spoilers: Eric’s Life Is About To Change – Quinn Replaced By Donna? 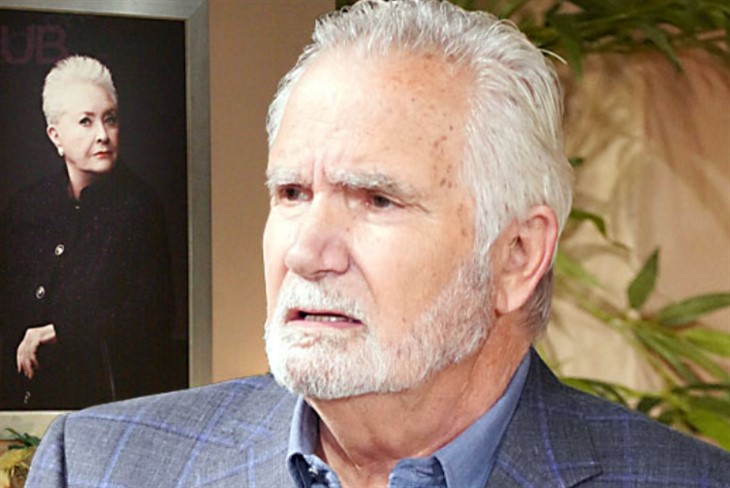 The Bold and the Beautiful (B&B) spoilers document a simple scene took place a number of weeks ago could prove to have been a foreshadowing. Donna Logan (Jennifer Gareis) was with Eric Forrester (John McCook) in the Forrester Creations’ executive suite.

The former spouses were briefly reminiscing about their time together. Donna adjusted Eric’s tie and then Quinn Fuller Forrester (Rena Sofer) walked in. Generally Sofer’s character would have reacted far differently than what she did. Quinn forced a muted response, due to Queric’s fragile marital status, and didn’t press Eric about the interaction then or since.

The Bold And The Beautiful Spoilers – Donna Logan Has Married Twice

Donna’s first marriage was to Eric. Her second was to Justin Barber (Aaron Spears), who was just stunningly revealed as an opportunist in the Vincent Walker (Joe LoCicero) hit-and-run storyline.

So, Donna’s first husband remains on the verge of learning that Quinn betrayed him with Carter Walton (Lawrence Saint-Victor). Then, one of Eric’s ex-wives, Donna, will become aware that Justin, the father of her only child, Marcus Forrester (Texas Battle), has committed crimes that will likely land him in prison.

Eric and Donna will be impacted by current developments. McCook’s character seems certain to file for divorce. Like Donna, he’ll be single.

How could Eric possibly forgive Quinn what will be revealed after all that’s happened since he learned about the Las Vegas, Nevada, plot? That year-plus old storyline was recently referenced, as Eric told Quinn his faith in her was still shaken because of her plan to break Bridge and marry off Ridge Forrester (Thorsten Kaye) to Shauna Fulton (Denise Richards).

However the Quarter drops on Eric, he will be enraged and heart-broken. Brooke Logan Forrester (Katherine Kelly Lang) is with Ridge and doesn’t telegraph as a consoler. Donna is ready to fill that role.

The Bold And The Beautiful Spoilers – True Love Soon Revisited?

Teasers indicate that Donna will say that she’s still in love with Eric. Katie Logan (Heather Tom) will be present for that surprising admission.

For the writing staff to put that scene into the show during the slow-motion free-fall of Queric feels like a wink to the fans. It’s easy to predict that Donna will comfort Eric in his time of shock. B&B could have Justin’s actions revealed then as well or if not, deliver that climax soon thereafter.

Yes, Eric was and is Donna’s true love, as she is proclaiming. Whether that signals this one-time married couple’s revival will soon be seen in daytime.