The Young And The Restless (Y&R) Spoilers: Are Chance Chancellor’s Enemies Stalking Abby? 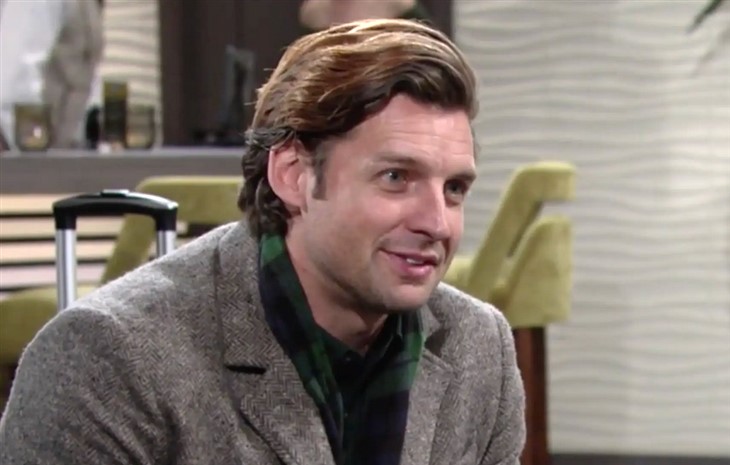 The Young and The Restless (Y&R) spoilers tease that Chance Chancellor’s (most recently Donny Boaz) enemies may be stalking Abby Chancellor (Melissa Claire Ordway) and possibly others, such as his mother Nina Webster (Tricia Cast). They are likely looking for Chance, who may be running for his life, and the truth will be revealed in upcoming episodes of The Young and The Restless!

Viewers of The Young and The Restless will recall that there is someone definitely casing the Chancellor Mansion. There was someone looking in a window at Abby sleeping on the living room couch, and she sensed a shadowy presence near her. Nina came in the door shortly after that, but she hadn’t seen anyone. At the time, the focus did appear to be on Abby, but if someone is after Chance, thinking of a kidnapping to draw him out, Abby would likely be a better candidate than Nina.

Chance would want to rescue his mother, certainly, but a kidnapper is probably thinking his wife would be a better “catch”. Viewers of The Young and The Restless will also recall that Christine Williams (Lauralee Bell) had found that Chance had been in communication with someone after Abby heard the phone line go dead, so at least they know he was alive at that time. Nina, who was used to Chance’s missions suggested he may be getting close to closing in on his target; however, if the target is who is lurking outside, and possibly inside, the Chancellor mansion, then the target is closing in on Chance’s family and ultimately on Chance! This, of course would be a terrible situation.

Nina, Abby, Mariah Copeland (Camryn Grimes) and Tessa Porter (Cait Fairbanks) all live in the mansion. Any one of them could be kidnapped or hurt if the stalker doesn’t know who is most important to Chance! For that matter, if it is a mafia element in Michigan he is trying to take down there could be a whole gang of them after his family! Mariah is carrying a baby that will be Chance and Abby’s baby; it would be terrible if something were to happen that could cause her to miscarry!

Viewers of The Young and The Restless know that the stalker or stalkers, or hit man or hit men or potential kidnappers cannot keep themselves secret forever! Someone in the house is bound to notice someone hanging around the mansion, or experience an accidental encounter! Perhaps it’s time for Nina’s other son, Chance’s half-brother Ronan Malloy (Jeff Branson) to pay a visit. Besides, he is also in the FBI and would be able to contact those who Christine no longer has the clearance to in order to keep up with Chance and find out his status. This wouldn’t be the first time that Chance and Ronan had been dealing with the mafia or a close relation to it.

The Young And The Restless (Y&R) Spoilers: Nick And Sally Romance In The Cardshttps://t.co/yh3F7tpSsK

Longtime viewers of The Young and The Restless will recall when they and Christine worked together to investigate Colin Atkinson’s (Tristan Rogers) organized crime activities. Chance tried to catch him again a couple of years ago when it was found he was behind the fraudulent Katherine Chancellor (Jeanne Cooper) will, but he got away and again has been in the wind ever since. Chance could have been drafted into this mission concerning something that has again involved Atkinson; after all, Abby did find out there was organized crime activity in Michigan, where Chance had last been!