General Hospital (GH) Spoilers: Chase Paralyzed – Incomplete Healing, Side Effect, Or Something Else? 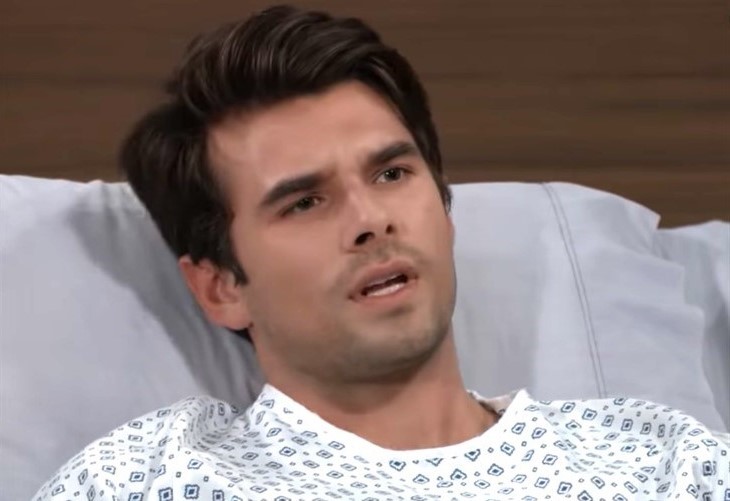 General Hospital (GH) spoilers and rumors tease that Detective Harrison Chase (Josh Swickard) appeared to be paralyzed from the waist down in a recent episode of General Hospital. Could it be due to an incomplete healing, a side effect of the antidote, or something else?

General Hospital viewers will recall that Dr. Hamilton Finn (Michael Easton) thought he had a complete cure for Chase in a recent episode of General Hospital. After realizing that Cyrus Renault (Jeff Kober) had tampered with the paternity test taken to determine whether Finn or Gregory Chase (Gregory Harrison) was Chase’s father, Finn rushed to produce another Trojan horse antidote. He used Gregory and Jackie Templeton (Kim Delaney) DNA instead and Chase seemed to improve, and lab tests showed the Trojan horse antidote was working.

But then, Finn and Chase realized at about the same time that Chase appeared to be paralyzed from the waist down; could it be that the Trojan horse antidote only partially worked? Could there be an incomplete healing, or could the paralysis be caused by a side effect, or could it be from something else totally unexpected; those are the questions that must be answered.

Finn will have to do more testing to determine the cause, and the cure, for Chase’s paralysis if there is one! General Hospital viewers can be pretty sure that Finn will blame himself for his antidote not completely working or else he may well think karma is biting him in the behind because of his guilt over causing Peter August’s (Wes Ramsey) death. Indeed, Finn will consider turning himself in to the Port Charles Police Department!

General Hospital Spoilers And Rumors – What Could Cause Harrison Chase’s Paralysis?

General Hospital viewers who have been through similar situations to Chase themselves, or know someone who has, may think that Chase’s lower body will have to be taught to move again. Many bedridden people who have been that way for several months, as Chase has, have to go through physical therapy to learn to walk again. General Hospital viewers should account for soap opera time and real time sometimes having huge contradictions with each other – usually employed in SORAS, or Soap Opera Rapid Aging Syndrome with children. However, since Chase cannot sense touch in his lower body and legs, that is probably not the case – unless some key nerves in his lower back have been compromised or entrapped.

General Hospital (GH) Spoilers: Drew Heads Back To PC To Claim His Daughter And Samhttps://t.co/zsAs0sRr00

That would be a possibly temporary situation, which would require a neurologist surgeon to release the nerves, which likely would be followed by physical therapy. Finn, however, will need to check Chase’s blood and possibly perform other testing to find out if his partial paralysis could be caused by either his Trojan horse cure or leftover antidote provided by Peter that could have built up in Chase’s body.

If that is the case, Finn may have to develop another antidote for the original antidote! Finn will really worry that his Trojan horse antidote may be at fault, or possibly the previous one with his and Jackie’s DNA that nearly killed Chase. Then again, since Chase had flat lined could it have caused death of brain cells that would affect his lower body? That is another question, although no longer than he was flat lining it is unlikely!