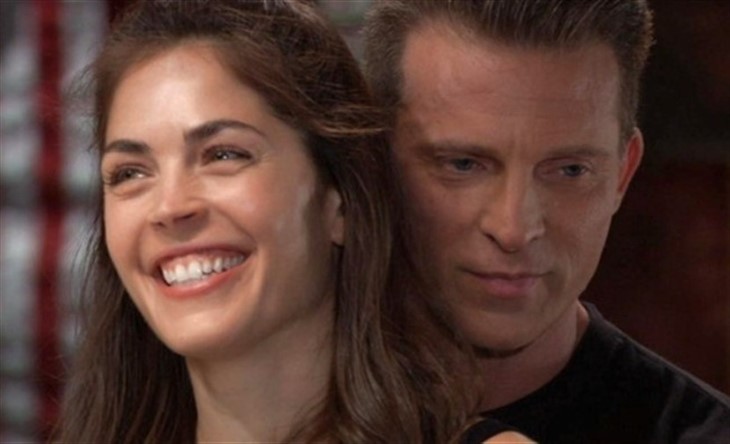 General Hospital (GH) spoilers and updates Dr. Britt Westbourne (Kelly Thiebaud) thought that she was in a good place. She had returned to Port Charles after being on the run with Jason Morgan (Steve Burton) who was being framed for the death of Franco Baldwin (Roger Howarth). Jason was exonerated for the crime and was able to return to Port Charles.

Britt and Jason had started to get into a relationship on the run. Jason helped Britt to find out that she had the marker for Huntington’s disease. Britt had been scared to find out if she had the disease. Jason has helped Britt to face her fears about having Huntington’s disease. Britt came back to work as Chief of Staff at General Hospital believing that she had a mostly stable future.

Britt had been appointed the position of Chief of Staff by Cyrus Renault (Jeff Kober). Cyrus brought Britt in as Chief of Staff because he believed that she would look the other way when he conducted his criminal activities. However Britt did not want to help Cyrus in the end. She worked with Jason to get Cyrus out of General Hospital as Chairman of the Board. Cyrus has lost his position and has been sent to jail.

Britt and Jason want to explore their relationship. However Jason is having trouble from the fallout from Cyrus. Jason had been Sonny Corinthos’ (Maurice Benard) partner in the mafia organization that Sonny ran. Sonny has been declared dead after falling from a bridge in New Jersey. Jason and Sonny’s widow Carly Corinthos (Laura Wright) do not know that Sonny is alive and living in Nixon Falls, Pennsylvania with amnesia. Carly had to take over Sonny’s organization while Jason was on the run. The other mafia families accepted Carly but now they believe that Carly and Jason may not be together to run the organization. Jason may have to do something drastic to show the other families that he and Carly are together in the business which could cause problems for his relationship with Britt.

General Hospital Britt was able to accept that she had Huntington’s disease because she had Jason’s support. She does not want lose Jason. However Jason may decide that the way to protect Sonny’s organization is the marry Carly. Will Britt lose Jason to Carly because he has to marry her? Britt wants to continue to be the Chief of Staff at General Hospital. Can Britt find a way to hold onto her position or will she lose her position to Terry? Tune into General Hospital to find out if Britt can manage to keep Jason and her job.