The Young And The Restless (Y&R) Spoilers: Sally Spectra Gets Shocking News About Summer Newman 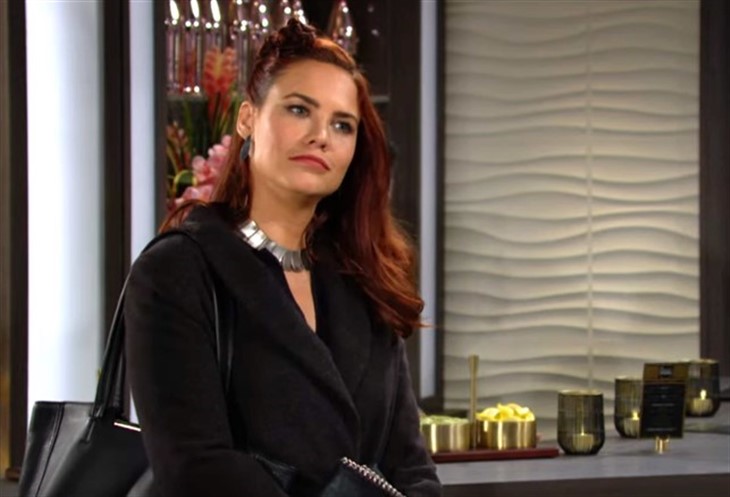 Viewers of The Young and The Restless will recall that Sally and Tara Locke (Elizabeth Leiner) were plotting together to rid themselves of a common thorn in their sides – namely, Summer Newman (Hunter King). Sally had called and asked Eric Forrester (John McCook) for a favor. She had wanted him to recommend Summer to Angelina Marchetti (Cristina Serafini) for a very lucrative position. Eric had agreed, and then Sally had approached Tara with a suggestion that the two of them work together, because they had some common goals. The main one was to get rid of Summer, and she was in the way of Tara reconciling with Kyle Abbott (Michael Mealor).

The Young And The Restless Coming And Goings: Christian Telesmar Joins Cast Of Y&R

Tara guessed that Sally’s goal was to nab Kyle’s father, Jack Abbott (Peter Bergman) although Sally denied it. She did, however want Summer’s job at Fenmore’s. So the two women began plotting. Tara threatened Summer – she said if she didn’t step out of her way and dump Kyle, that she would take Harrison Locke (Kellen Enriquez), Kyle’s and her son, and he would never see him again. Summer had no choice – she couldn’t take Kyle’s little boy away from him and was forced into compliance.

She couldn’t make him choose between herself and his son so when she got the call from Angelina Marchetti, which would require her to move to Milan, Italy to accept the position, she agreed. She sadly broke up with Kyle but didn’t tell him or her parents about Tara’s blackmail, even though Nick Newman (Joshua Morrow) and Phyllis Summers (Michelle Stafford) were suspicious – so were Jack and Kyle, for that matter!

Viewers of The Young and The Restless will recall that Lauren Fenmore Baldwin (Tracey E. Bregman) was shocked at Summer’s sudden resignation. But Lauren, too was a little suspicious about Summer’s sudden job offer. Sally acts shocked as Lauren and Sally are at Society and discuss Summer’s sudden move, and Summer appears and Sally congratulates her on the posh position with Marchetti. Lauren is still shocked but she’s happy for Summer if that is what she wants.

Summer then wishes Sally luck Sally leaves Summer and Lauren together. She sends Tara a text, warning her that Summer will probably screw her over on the way out, but at least one of them, meaning Tara and herself, would get what she wants. Summer gives Lauren her opinion on who should replace her. Then after Sally sees the coast is clear and Summer has left, she returns to Lauren’s table and muses to her, saying she’s dreamed of having that job, and although she was envious, she couldn’t see herself as a viable candidate.

The Young And The Restless Spoilers: Victoria Will Win But Tara Will Losehttps://t.co/CGUfjk5b2d

Lauren informs Sally she could get a bigger job at Jabot Collective. In the meantime, Tara has decided to take Lauren up on her offer about her shoe designs and has set up a meeting with her. Tara arrives, and Sally looks upset – Lauren tells Tara that Sally is now acting president of JCV. Viewers of The Young and The Restless know that an acting president is only a temporary position – someone who handles a position until a viable replacement is found. Tara, however thinks it’s great. She tells Sally they both got what they wanted. Sally may have no job at all by the time the position is filled!