The Bold And The Beautiful (B&B) Spoilers: Heartbroken Zoe Leaves Town After Learning Of Carter And Quinn’s Affair 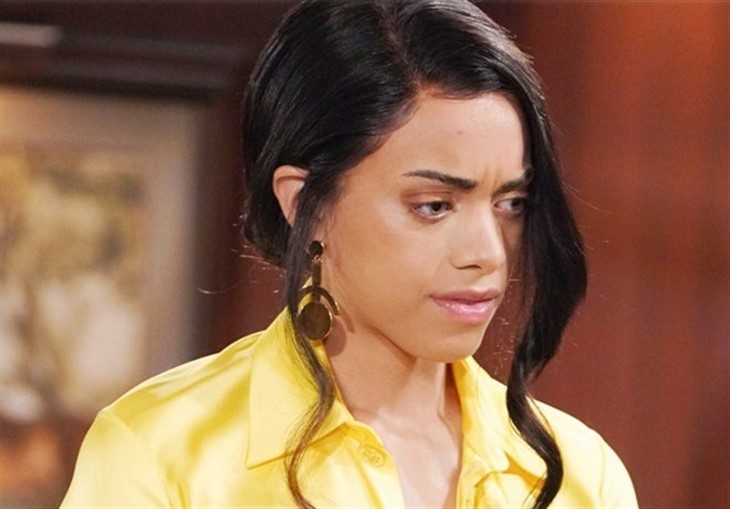 The Bold and the Beautiful (B&B) spoilers indicate Zoe Buckingham (Kiara Barnes) will have her heart broken.

When it comes to the love department, Zoe hasn’t had much luck. One can’t forget her infatuation with her ex-boyfriend Xander Avant (Adain Bradley). Then where was also her botched wedding to Thomas Forrester (Matthew Atkinson), where she learned he was using her as a plot to win Hope Logan (Annika Noelle).

Zoe thought she’d found love with Carter Walton (Lawrence Saint-Victor), but the couple had their share of problems. Now they’re facing a bigger one, one that will end their relationship for good.

Zoe and Carter began dating shortly after her split with Thomas. Fans were ecstatic to see the two together. Carter is a fan favorite character, who’s been unlucky in love. So it was great to see him get a love interest.

The couple’s relationship moved quickly with them discussing marriage. However, problems arose with the arrival of Zende Dominguez (Delon de Metz) along with Zoe’s sister Paris Buckingham (Diamond White). Zoe develops feelings for Zende, and when the young designer began dating her sister, Zoe sets out to sabotage their relationship.

Zoe’s obsession with Zende causes problems with her and Carter. After Ridge Forrester (Thorsten Kaye) informs Carter that Zoe’s been flirting with Zende, the lawyer decides to end their relationship, much to Zoe’s dismay.

Despite their break up, Zoe won’t give up on Carter. She starts pleading with him for a second chance, but Carter refuses.

Meanwhile, a newly single Carter begins an affair with the very married Quinn Fuller (Rena Sofer). Carter knows the affair with Quinn is wrong since she’s married to his boss Eric Forrester (John McCook), but they continue with their trysts. Their affair is almost exposed when Zoe finds Quinn’s jacket at Carter’s place, but Shauna Fulton (Denise Richards) comes to the rescue by saying it’s hers.

Zoe is surprised Carter has moved on with Shauna, but that doesn’t stop her determination from winning him back. Carter ends his affair with Quinn, and decides to reunite with Zoe. To cement his commitment to Zoe, he proposes and she happily accepts.

This week will be explosive when Quinn and Carter’s affair is exposed. But it won’t be Paris who’ll out them, that honor goes to Brooke Logan (Katherine Kelly Lang).

The revelation will no doubt end Quinn and Eric’s marriage as well as Carter and Zoe’s engagement. Zoe’s going to be heartbroken to learn of Carter’s affair. She thought they were going to get married and build a life together, now that’s ruined.

Not only was she betrayed by her fiancé, but also by Quinn, who she considered a friend. She thought Quinn was her ally in wooing Carter back, but Quinn went after her man.

Upon being humiliated and heartbroken, Zoe will make the decision to leave town. She needs to get away from Carter and needs time to heal. The only way to do that is to leave Los Angeles.

As for whether we’ll see Zoe again, that remains to be seen.