The Young And The Restless (Y&R) Spoilers: Phyllis Is Fierce Mama Bear – Takes Tara Down for Summer 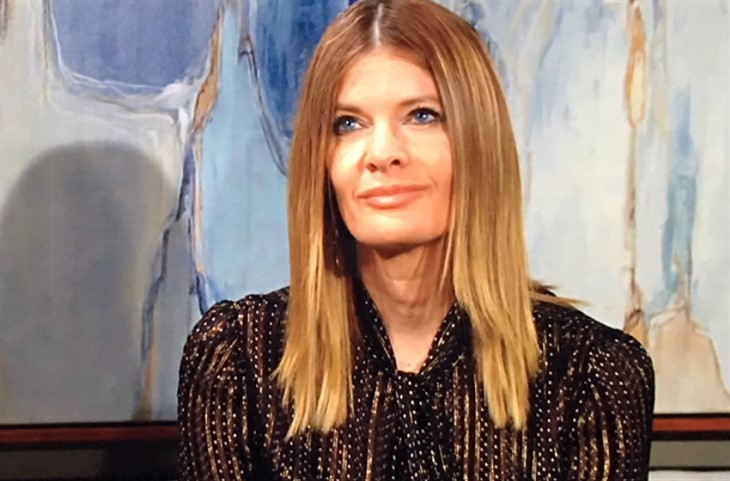 The Young and the Restless (Y&R) spoilers document that Phyllis Summers’ (Michelle Stafford) keen eye will allow her to recognize the threat that her daughter is facing. Summer Newman (Hunter King) will initially tell her mom about the Marketti job opportunity in Milan, Italy. But she won’t reveal Tara Locke’s (Elizabeth Leiner) blackmail plan that is linked to it.

Hardcore fans sense that Phyllis won’t allow Summer to simply pack her bags and leave Genoa City, Wisconsin, as Tara ordered her to do. The threat of taking Harrison Locke (Kellen Enriquez) from Kyle Abbott (Michael Mealor) is driving Summer’s feelings and indecision.

Summer needs her mom. Phyllis stirred so much trouble in her life, but that experience allows her to understand trouble-makers. Who better to know how to respond to a schemer than someone who’s schemed herself? In this case, there is no better choice then Summer’s mom.

Phyllis will surely be able to spot low-down Sally Spectra’s (Courtney Hope) fingerprints as well. It shouldn’t take much pushing to reveal Sally’s ask to Eric Forrester (John McCook). Phyllis also should be able to break Tara’s hold in a relatively short period of time and then offer targeted advice to Summer and or enter the fray herself.

Y&R Spoilers – Nick Newman Should Be Involved As Well

Along with Phyllis, Nick Newman (Joshua Morrow) should be brought into this situation. His paternal help is needed as well.

Nick is very familiar with being pressured by schemers. He’s also been involved in a number of incidents where his children’s well-being was threatened.

Summer needs an all hands on deck approach to the situation she’s facing. Tara could take off with Harrison, which would force Kyle to search for both people indefinitely. And, there’s no guarantee that any legal proceedings would yield a just outcome if they were found.

The Young And The Restless Spoilers And Rumors: Y&R Leading Lady Unhappy With Her Storyline https://t.co/XQvTGzF0SH pic.twitter.com/qv0cxIG51b

Summer was right when telling Tara the score. Kyle’s soul mate told Ashland Locke’s (Richard Burgi) current wife that she was trying to swap one rich guy for another and that Harrison was being used as a pawn.

Tara made what she thought was the best decision for herself and her son more than three years ago, when allowing Ashland to believe he was the boy’s father. She also make a hard, but right choice when telling Kyle that Harrison was his child earlier this year.

Here’s hoping that Summer’s is able to tell her mother and father what has happened. She needs their advice and must apply it in order to stop the drama that Tara believes is the only option.