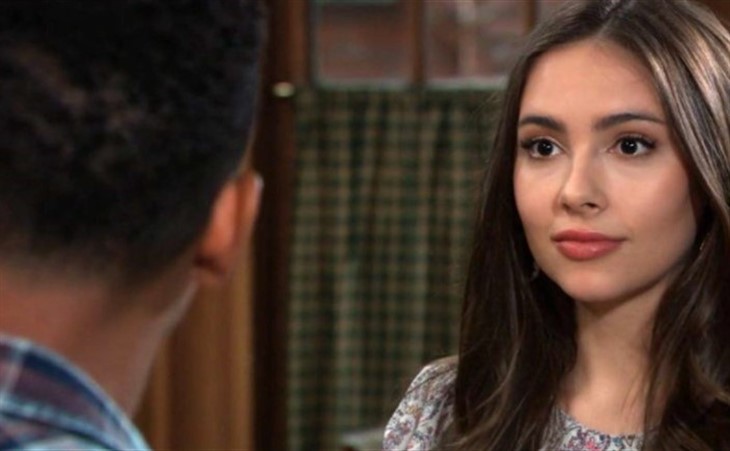 General Hospital spoilers and updates reveals Judge Naomi Carson (Anita Finlay) has been involved in many questionable cases. She resided over the cases of Molly Lansing-Davis (Haley Pullos) and TJ Ashford’s (Tajh Bellow) parents’ trials. Alexis Davis (Nancy Lee Grahn) is Molly’s mother and she has been sent to Pentonville Penitentiary for accidently attacking Dante Falconari (Dominic Zamprogna). Alexis was trying to protect her daughter Sam McCall (Kelly Monaco) from Franco Baldwin (Roger Howarth) when she accidently hurt Dante instead.

Alexis wanted to take responsibility for her actions and plead guilty. Judge Carson gave Alexis a rather light sentence for the crime. Shawn Butler (Sean Blakemore) is TJ’s father and he has been in Pentonville for years. He was sent to jail for shooting Hayden Barnes (Rebecca Budig). Shawn was given a strict sentence for his crime. Recently Shawn was up for parole and was denied. Alexis wanted to try to help Shawn to get out and started to believe that Judge Carson could be a problem.

Alexis got Molly to give her file on Carson’s cases. She got Shawn to help her look through the file and made a shocking discovery. They found out that Carson had been bias in her rulings on different cases. She gave white individual’s lighter sentences than black individuals. Alexis and Shawn had hoped to bring their findings to someone but they have gotten into trouble. Shawn was given access the library that is for females inmates at Pentonville because of good behavior. Shawn has lost that privilege. He was being escorted out the library by the guards and Alexis tried to stop the guards. Alexis was sent to solitary confinement.

Molly and TJ had an encounter with Carson. Molly thought that Carson was acting in a strange fashion. TJ did not think that the way that Carson was acting was strange. However TJ may find out soon that Molly was right if he goes to see Shawn in jail. Shawn could tell TJ about the way that Carson handles her rulings and about what has happened to Alexis. TJ will want to help Shawn and Alexis. He can tell Molly about what Alexis and Shawn found out about Carson. TJ could turn to his mother Commissioner Jordan Ashford (Briana Nicole Henry) for help. He could get Jordan to find out if Carson has been involved in any criminal activities. Molly is working with DA Robert Scorpio (Tristan Rogers) as his intern. She could work with Robert to figure out if there is a way to bring to light the fact that Carson is ruling on cases based on a person’s race.