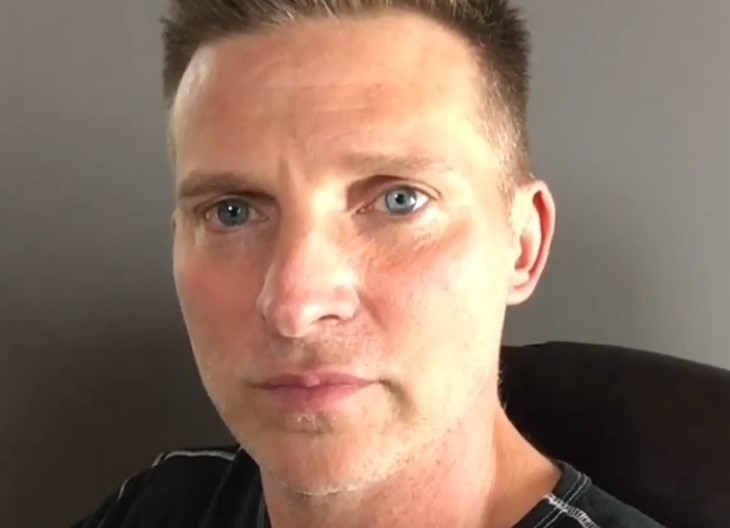 General Hospital (GH) spoilers and updates reveals star Steve Burton (Jason Morgan) is one year older, wiser, and apparently, fitter. The actor, who turned 51 this past week, thanked his loyal fans and social media followers for all the birthday wishes that they sent his way while also sharing something of a treat for everyone, too. Here’s what you need to know.

If there’s one thing that Steve Burton is good at, it’s giving his fans exactly what they want to see. And he did just that in the form of yet another shirtless photo of himself on his Instagram account. The handsome actor captioned it with, “Thanks for the birthday wishes. I appreciate it! Getting it done. Have a great day! #grateful #mindset #workout#fitness #macros.”

Of course, it didn’t take long at all for Steve’s fans and followers to comment on the photo. Many of them said, “Happy Birthday Steve you have always been my favorite. I look forward to watching you on General Hospital each and every day. You never disappoint,” along with, “You just get better with age. I’ve been a fan since the very first day. You’ve always been so wonderful about motivating your fans.” 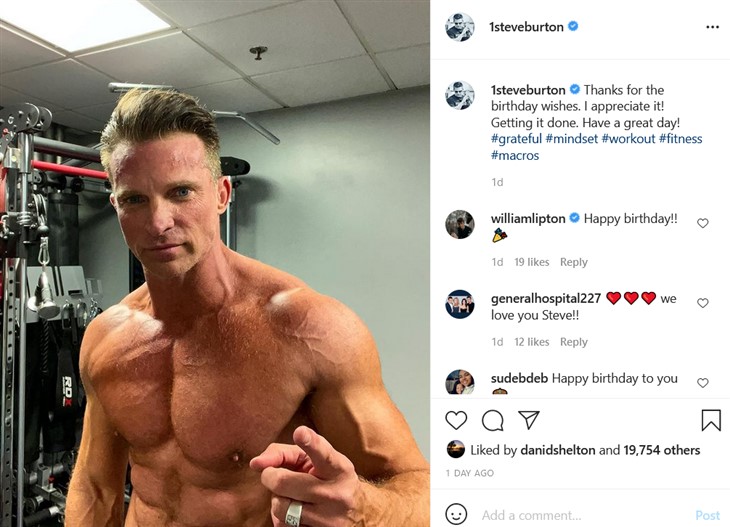 Another fan wrote, “Tom Cruise needs to step aside because Steve Burton has always been my favorite. Thank you for being you. You are the reason why I’ve been watching General Hospital for the last 20 years. It never gets old, especially with you on.”

General Hospital – Star Steve Burton Thanks Fans For Their Support

Now, as far as what is in store for Steve Burton’s character Jason Morgan remains to be seen but it looks like he and Carly Corinthos (Laura Wright) have a huge surprise in store for everyone. While there’s no doubt that these two have always been close, they will be forced to get even closer than ever before. Let’s see how the rest of Port Charles will react to their new relationship! And we are talking both professional and personal here. Watch this space.