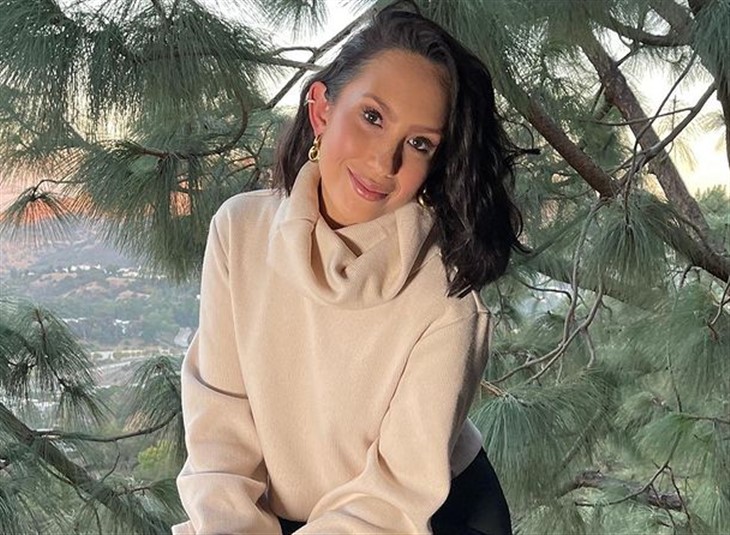 Dancing With The Stars spoilers and updates reveals Cheryl Burke opened up about her three-year sobriety on Tuesday with a candid message that sees her sharing her experiences and her journey so far, what she’s tried and hasn’t tried, in order to “hold myself accountable” as well as shed a light on what it’s like to ditch an addiction.

In a recent clip, the star, 37, said that it is still hard for her not to fall back to her old ways even after being sober for almost three years. During a trip to Hawaii with her husband, Burke found it “extra challenging” to avoid drinking alcohol. But despite the challenges, she told fans that she’s “committed” to staying sober.

“I’m here to confess that lately staying sober has been a little bit of a challenge for me. And recently, I’ve been thinking a lot, I have to admit, about drinking again. So, I decided to hold myself accountable by confessing my anxious feelings,” Burke explained.

She also posted a teaser on Instagram, writing that it’s been “hard” for her to continue staying sober. “To say that my sobriety has been easy would be a lie,” she said. “When I keep secrets or don’t tell my truth to everyone, including my followers, that’s when it gets scary for me. So, thank you in advance for your encouraging words and love. It’s a blessing to have a platform where I feel safe enough to let you all in on my story of this thing called life.” 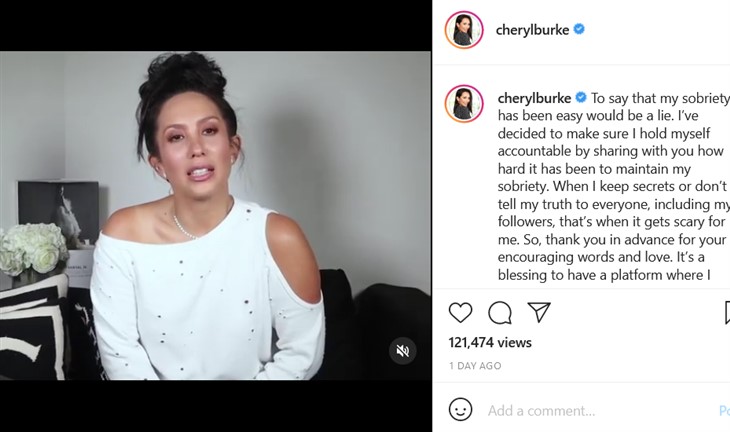 In the sit-down video, Burke continued by saying that becoming sober was a “huge turning point” in her life. What the star hasn’t tried yet is a 12-step program, as she’s had to rely on her therapist of 10 years, whom she talks with two or three times a week, to get by. “I basically quit cold turkey, but to say I’ve never looked back would be a lie,” she noted.

“Missing out for that week while I was in Hawaii… it was like I was missing something,” Burke added.

Cheryl Burke Wishes Away All Traumatic Events from Her Life

In the past, Cheryl Burke has always turned to alcohol as a way of “numbing” out her feelings of self-doubt, betrayal and the uncertainties of life. “Those for me are red flags, those are like, run for the hills and numb,” she said. “My go-to is booze, anything that numbs and gets me out of my head.”

Burke also said that she’s scared of chaos in her life, as she’s not very good at handling those kinds of situations, and it might lead her back to her old ways. But she’s glad that she’s holding strong even as she struggles with handling difficult situations. “Now, for the first time, through all the chaos, I’m actually having to feel it,” she confessed.

“God forbid something traumatic happens to me in the near future. That is something I don’t know actually if I would be able to tell you 100 percent that I won’t be able to drink,” the former Dance Moms coach continued. “To even think about that right now makes me want to drink.”

“I am really committed to staying sober, and I know the first thing to do when you have those anxious feelings is to be able to talk about it… Some days can be harder than others,” she continued on her “My Honest Confession to You” video. “I know that my feelings are completely normal, so I’m trying not to feel shame or judge myself, but it’s hard.” Check back here for more DWTS news and Cheryl Burke updates.

Be sure to catch up on everything happening with DWTS right now. Come back here often for Dancing With The Stars, spoilers, news, and updates.