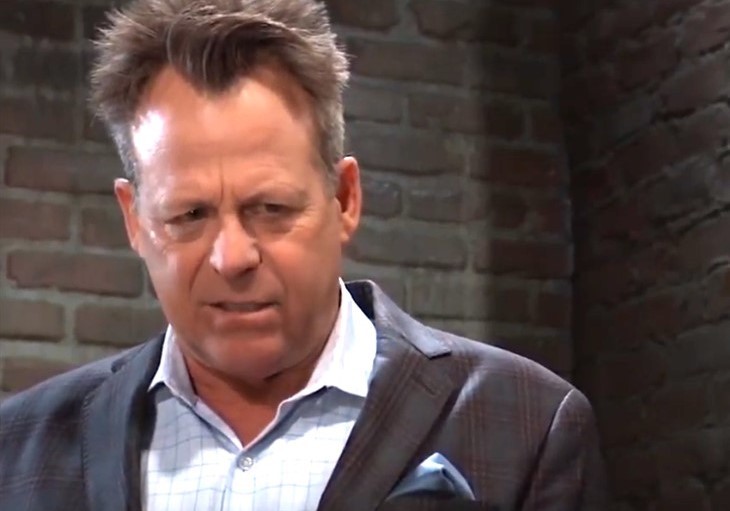 General Hospital (GH) spoilers and updates tease Scott Baldwin (Kin Shriner) is a busy man. Scott has had to deal with the loss of his son Franco Baldwin (Roger Howarth). Scott has been helping Elizabeth Webber Baldwin (Rebecca Herbst) to overcome the loss of Franco. Scott was able to help Liz’s son Cameron Webber (William Lipton) when he was arrested.

Cameron was found holding a gun by Commissioner Jordan Ashford (Briana Nicole Henry). Cameron had come upon the scene when Jason Morgan (Steve Burton) had escaped from General Hospital. Jason was shot while he was trying to flee and Jordan believed that Cameron might have shot him. However the evidence proved that Cameron was innocent. Scott and Liz were relieved to know that Cameron did not shoot Jason.

Scott has gotten into a relationship with Dr. Liesl Obrecht (Kathleen Gati). They began to see each other because they were grieving the loss of Franco. Liesl was a close friend of Franco. Liesl has been concerned about her daughter Dr Britt Westbourne (Kelly Thiebaud). Britt went with Jason when he had to go on the run. Birtt found out that she had the marker for Huntington’s disease while she was with Jason. Britt told Liesl that she has the disease. Liesl wants to talk to someone about Britt having Huntington’s. Britt told Liesl that she can talk to Scott.

Scott may need to help Dr. Hamilton Finn (Michael Easton) soon. Finn believes that he has killed Peter August (Wes Ramsey). Finn and Peter got into an argument because Peter accidentally poisoned Harrison Chase (Josh Swickard). Finn accidentally pushed Peter down a flight of stairs. Liz came onto the scene and told Finn that Peter was dead. Finn and Liz hid Peter in a freezer in an abandoned part of the General Hospital. Finn wants to turn himself into the police. Liz does not want Finn to tell the police about Peter. Finn wants Scott to be his lawyer.

Recently Scott met Austin (Roger Howarth) who needs him to help him with a case. Austin is interested in the Quartermaine family. Scott wants to help Austin because he might get a good amount of money from the case.

GH Spoilers – Scott Baldwin Helps Others with their Problems

General Hospital Scott is going to be helping many people deal with their problems. Scott has come to care about Liesl and Britt. Can Scott help Liesl to support Britt? Scott will want to help Finn with his legal problems. Can Scott help Finn if Finn goes to the police about what happened to Peter? Scott does not know Austin but wants to help him with his case. Can Scott help Austin in regards to the Quartermaine family?