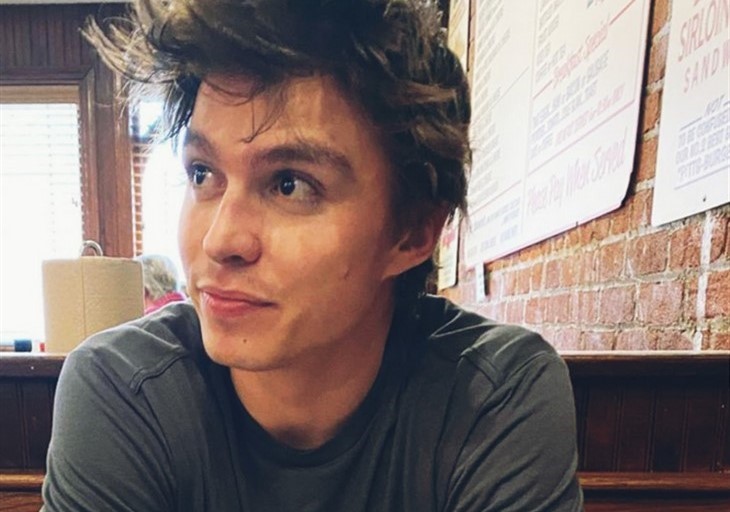 General Hospital (GH) spoilers and updates tease Spencer Cassadine (Nicholas Alexander Chaves) is going to get into trouble. Spencer is the son of Nikolas Cassadine (Marcus Coloma). He is the grandson of Mayor Laura Collins (Genie Francis). Spencer has been in France going to boarding school. He has stayed away from Port Charles because he has not been on good terms with Nikolas. Spencer has been upset with Nikolas for not letting him know that he was alive. Nikolas was presumed dead after being shot by Valentin Cassadine (James Patrick Stuart). Nikolas survived and returned to Port Charles after being away for three years. Nikolas reclaimed the Cassadine fortune from Valentin.

Then he got married to Ava Jerome-Cassadine (Maura West). Spencer did not like that Nikolas had married Ava. Nikolas and Ava have been getting disturbing gifts and messages from a stalker. Recently Ava’s daughter Avery Jerome Corinthos (Ava and Grace Scarola) got a stuffed bear that had Ryan Chamberlain’s (Jon Lindstrom) voice. Ava was terrified because Ryan had killed her daughter Kiki Jerome (Hayley Erin) and is obsessed with her. Ava and Nikolas called Dante Falconari (Dominic Zamprogna) to get him to help with the case. Ava felt that she needs to end her relationship with Nikolas because of the stalker. Nikolas is trying to find the stalker in order to keep his marriage to Ava. Nikolas and Ava do not know that Spencer is back in Port Charles and may be the stalker.

Nikolas will be upset if he finds out that Spencer is the one that has been the one behind the threatening messages and gifts. Nikolas wants to find a way to reconnect with Spencer. Nikolas wants to find the stalker so that Ava will feel that she can come back to him because Avery will be safe. Ava wants to get Spencer’s acceptance. Spencer was upset with Ava because she did not testify against Valentin in a legal case against him over Nikolas’ death. Ava will be upset to find out that Spencer is the stalker. However Ava may decide that she might be able to stay with Nikolas if she knows that Avery is not in danger.

GH Spoilers – Spencer Cassadine Gets Into Trouble With Laura Corinthos

Laura and Spencer have a close relationship. They formed a close bond when they thought that Nikolas was dead. Laura went to help Spencer when he had broken both of his legs in a skiing accident. Laura knows that Spencer been unpredictable at times. Laura does not know that Spencer tampered with the election results when she was running for Mayor of Port Charles. However Laura will be shocked to find out that Spencer would threaten Ava, Nikolas, and Avery in such a hostile fashion.

Dante has been trying to find out who the stalker is for Ava and Nikolas. He wants to make sure that Avery is safe because she is his sister. Spencer could be facing criminal charges if Dante gets the evidence to have him arrested.

GH Spoilers – Spencer Cassadine Could Get Into Serious Trouble

General Hospital Spencer may believe that he is not doing anything that is serious by stalking Ava and Nikolas. He wants to break Nikolas and Ava up but may think that what he is doing is harmless. Will Nikolas and Ava be able to forgive Spencer if he has been the one stalking them? Laura is going to be disappointed in Spencer. Will Laura be able to help Spencer to deal with the problems he will face if he is the one that is stalking Ava and Nikolas? Dante may have to do his job and arrest Spencer. Can Dante find a way to help Spencer with his legal problems if he is arrested?