The Young And The Restless (Y&R) LEAK: ‘Phick’ Over, Phyllis And Jack Back On? 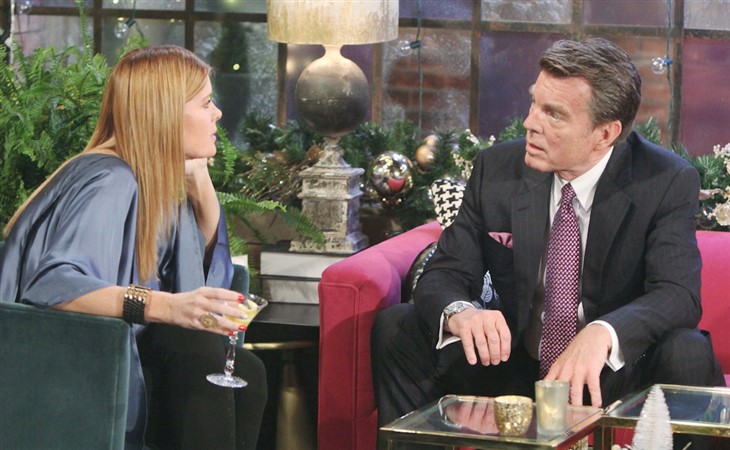 The Young and the Restless (Y&R) spoilers tease that we’re hearing even more rumblings about a possible Phack reunion despite the current Phick pairing. Our CBS insider hasn’t stopped hearing that execs want to go in a different direction but a solid lead hasn’t presented itself—yet.

Phick are acting a lot like an old boring married couple these days, with more bickering about their kid being done than love in the afternoon being performed.

What is taking so long to get Phyllis Newman (Michelle Stafford) a meaty storyline that doesn’t involve being a helicopter mom? That is the question many fans are wondering. Since the actress took back the role of Red, there hasn’t been much to get excited about. She had a scintillating hotel war with Abby Newman (Melissa Ordway)—yawn—and now she is meddling in her grown daughter Summer Newman’s (Hunter King) life.

Initially the fans saw her and ex Nick Newman (Joshua Morrow) get it on all over town, but that has cooled and maybe there is a reason they are ex’s?

Y&R Spoilers – Are Phick Over And Done?

According to our source, TPTB are eyeing a Phack reunion. Do you really want to see Phyllis and Jack Abbott (Peter Bergman)? What makes this pairing any more interesting than Phick? The show has been there and done that.

What about bringing on a red-hot storyline for Phyllis, something she can, erm, sink her teeth into like maybe a new guy for a change? Or at least stop having the character flitting around the edges of other characters’ plots—what a waste.

The Young And The Restless Spoilers – What Happens Next In Genoa City Wisconsin?

If what our source is hearing turns out, Phick is out, Phack is in. If that’s the case, we could see all sorts of drama, the kind of which is lacking in Red’s current relationship. For starters, Phyllis might be competing with Red 2.0, Sally Spectra (Courtney Hope), for Jack’s attention. Meow!

While it would be a retread, it would offer up some respite from Phick’s video games and take the dynamic to a whole other adult level. Why not move Phyllis into the Abbott mansion where she can trash Tara Locke (Elizabeth Leiner) to her face?

Time will tell where Red ends up, but at this rate her potential s drying out faster than the Sahara.