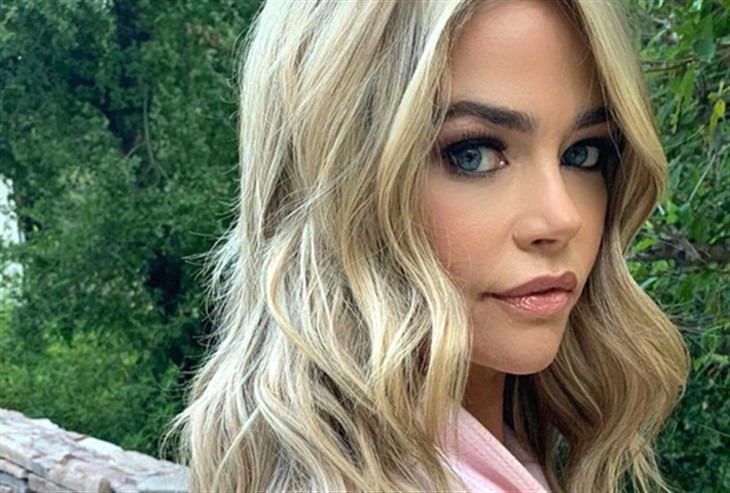 Garcelle Beauvais, star of The Real Housewives of Beverly Hills, just teased the possibility of former cast member Denise Richards returning to the series. While rumors involving Denise and a fellow co-star was the reason the former exited the show, it could be that old wounds and “rumors” have possibly patched up enough for the former Housewife to return to the series.

Gracelle Beauvais, 54, teased fans with a possible return of one of the reality series’ familiar faces, former co-star Denise Richards. Garcelle’s hint at Denise’s return to the show comes after Denise was rumored to have served the network with cease and desist papers.

“I think she wants to come back,” Garcelle told Watch What Happens Live host Andy Cohen on Wednesday, June 30.

Denise announced her departure from the long-running installment of the popular The Real Housewives franchise in September 2020. Her departure came on the heels of an explosive confrontation over Brandi Glanville’s claims of an alleged affair with her, which Denise utterly denied.

But for her return to happen, one particular Housewife would have to exit the series. “Somebody’s got to go, though, just saying,” Garcelle teased.

Andy prompted, “Are her initials ‘L.R.’?” The question was made in reference to the fact that one of the fan-favorites of the Real Housewives of Beverly Hills, Lisa Rinna, who was Denise’s long-time pal prior to the series, chose to question Denise’s credibility in denying ever having a relationship with Brandi, 48.

We didn’t get to learn who will leave the show for Denise to make a return, but we did learn that another “friendship gone sour” is starting to mend.

Another topic that the star of The Real Housewives of Beverly Hills discussed was her relationship with co-star Kyle Richards.

“That was the beauty of that lunch, the fact that she was open to receiving and hearing,” Garcelle explained of building her relationship with the RHOBH O.G. “She didn’t do it intentionally, she didn’t understand the history, but I thought that’s why we were able to move quickly forward, because she got it.”

You can watch the Real Housewives of Beverly Hills on Wednesdays at 8 p.m. on Bravo and enjoy past episodes any time on Peacock.