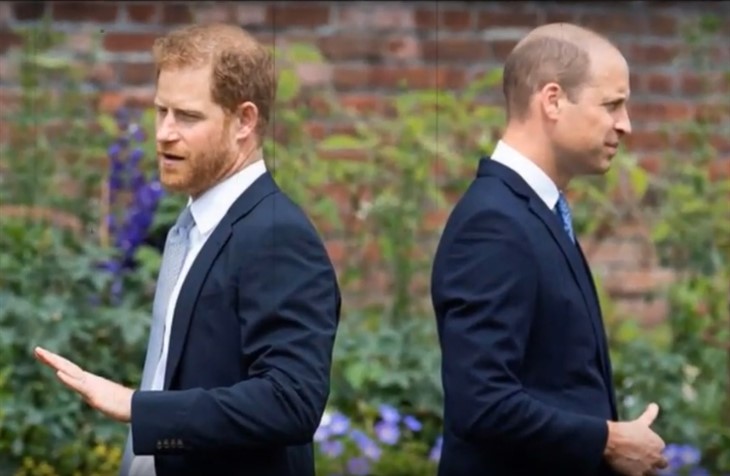 On July 1, Princess Diana, who died from a tragic accident in France at the age of 36, would have celebrated her 60th birthday. Her sons remembered her life as a royal, a mother and as a philanthropist who devoted her life to public service. Princess Diana touched a lot of lives, and to honor her memory, her sons put aside their recent rift to unveil her statue on Kensington Palace grounds together.

The day was an intimate one, with very few people in attendance. Prince Charles and Princess Diana’s sons composed themselves on that day and even shared a laugh as they pulled off the green cloth that covered the statue of Diana with children.

The statue was commissioned in 2017, three years before Harry and wife Meghan’s highly publicized exit from the royal family. And the statue unveiling was the second time that Harry reunited with his brother Prince William since he moved his family across the ocean.

In the wake of the royal brothers unveiling the statue of their beloved late mother, in the presence of Diana’s siblings, Robert Lacey talked to PEOPLE about how the brothers managed to get the emotional job done without dwelling on their scruples.

“They demonstrated a constructive way of dealing with differences,” Lacey said. Some people were of the mind that Prince Harry may miss the unveiling because of his reluctance to return to the U.K. (as he previously made it clear that he had to prepare himself mentally in order to travel back to his homeland for his grandfather’s funeral), and of course, his wife that just delivered. But, even though communication with his brother hasn’t been restored to what it used to be, he was able to walk out with him to honor their mother.

“[They were] not sweeping [their differences] under the carpet but acknowledging more important things and doing that in a way that warmed everyone’s heart,” said Lacey, whose book, Battle of Brothers, explores the tensions between William, 39, and Harry, 36.

“It was their idea and it was a joint effort,” Ken Wharfe, who led the personal protection of Princess Diana and her sons for several years in the late ’80s, added.

Lacey Said That The Princes’ Restraint “Illustrates Their Public Style, Both On Their Own And Individually.”

Despite reports that William and Harry will give their own separate speeches at the event, they ended up not giving a public speech during the unveiling. Later on, they surprised everyone by releasing a joint statement: “Today, on what would have been our Mother‘s 60th birthday, we remember her love, strength and character — qualities that made her a force for good around the world, changing countless lives for the better. Every day, we wish she were still with us, and our hope is that this statue will be seen forever as a symbol of her life and her legacy.”

Lacey considered their approach in releasing a joint statement rather than giving separate speeches a wise solution that will not lead to further controversy or media scrutiny on the status of their relationship. “It was a very well-judged decision not to have speeches. The idea of rival speeches could have been disastrous, but to bring out a considered joint statement was perfect and shows a way ahead.”