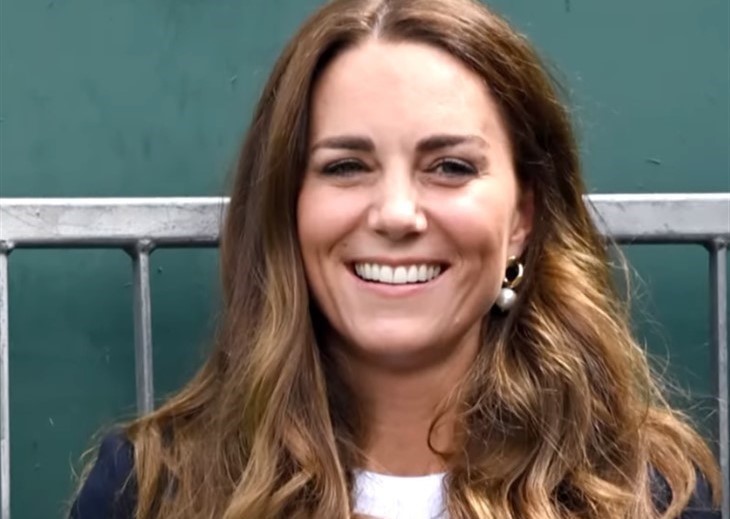 British royal family news reveals that Kate Middleton Duchess of Cambridge nearly stole the show at Wimbledon as she sat courtside. The famed tennis tournament has seen its share of VIPs both on and off the court, but nothing quite captures the majesty of the royal family.

Earlier this week Kate, her husband Prince William and their son Prince George were pictured enthusiastically cheering on the players and before that the Cambridge family was reported to have made a trip to the newly unveiled Princess Diana memorial statue in Kensington Gardens ahead of the formal ceremony.

Royal Family News: Prince Harry Could Jet Off To The UK In Hours But Meghan Will Stay Home Again

The Duke and Duchess of Cambridge Insta account posted some pics of Kate with the caption: “The return of Wimbledon 🎾With the tournament having to be cancelled last year, it’s amazing to see fans and players back inside these iconic grounds.”

“And although last year didn’t take place, the AELTC have continued to do incredible work within their local community. Through Wingfield Kitchen, they were able to provide 200 hot meals per day, for a whole year, to those in need.” Kate was pictured at the kitchen, learning more about the important work they do.

The fan base was suitably impressed with the photographs with one fan posting: “I am delighted to see our Duchess happily seated with others and not, like some, demanding an area be cleared of other spectators. But, this is typical of Catherine. Always graceful and dignified,” and another wrote, “Wimbledon is never complete without our Duchess of Cambridge’s visit.”

But not all of the comments were positive.

Some fans were dismayed to see COVID protocols lacking, like this fan: “Watch the positive covid test results shoot up like they have with the football. Ok to have these major sporting events but kids sports day is a no no. Where is the sense.”

Another fan echoed that sentiment writing, “I love the Cambridges but where is the social distancing here? Why are the seats so close together. Why isn’t there a space between the seats? These rules are made up as they go along. She is sat so close to Tom Henman when we’re still in a pandemic.”

To be fair, the match was outdoors, so there’s that ….