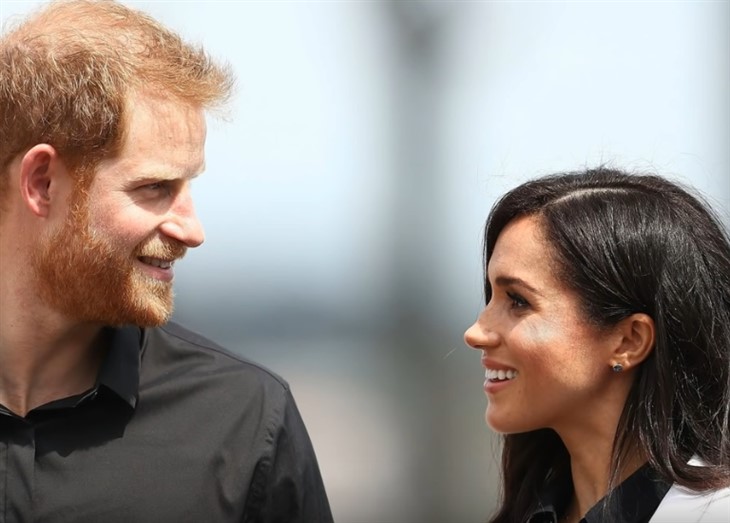 British royal family news divulges that Prince Harry and Meghan Markle are reportedly on a five month work leave after the birth of their daughter in June. Truth be told they didn’t work much, that the eye could see, before that.

For instance, they founded an entity called Archewell in October 2020 and thus far it has failed in its lofty mission to change the world as we know it. The enterprise was launched by the Duke and Duchess of Sussex, “to uplift and unite communities—local and global, online and offline—one act of compassion at a time.”

So far, crickets. Why haven’t Harry and Meghan produced anything of tangible value? Maybe because they’ve been too busy suing anyone who displeases them and trash talking their families. That would be one reason. Two actually.

But one royal expert thinks he has the perfect excuse for their failure to launch.

Royal Family News – What Are Harry And Meghan Doing These Days?

To be fair, they did announce the birth of their daughter, Lilibet Diana, via Archewell so there’s that heavy lifting.

Likewise, Archewell hasn’t produced much of anything but royal expert Richard Fitzwilliams has the perfect excuse for the lack of output by the royal runaways.

According to him, the thirsty couple’s lack of actual effort could have been due to the consequences of the coronavirus pandemic. Really?

Fitzwilliams told Express that the coronavirus pandemic is the main reason thei foundation is doing nothing. “Obviously there are the deals that they have made with Netflix, Spotify, Harry with some posts he will be taking up and obviously they have Lilibet…What they decide to do, to enlarge their [brand], Archewell hasn’t really managed to get off the ground because of the pandemic,” he proclaimed.

Royal Family News: Meghan Markle Refuses To Kiss And Make Up With Her In-lawshttps://t.co/SR5Y5AFo90

And yet millions of global citizens manage to go to work everyday, or look for work as the case may be, throughout the pandemic—what makes the Markle’s so special?

He added, “It will be a matter of seeing the causes Meghan and Harry aspire to, we know the ones they are most keen on. Things like diversity, gender equality, the environment, mental health and how this develops. There is no doubt they are going to do more charitable work but precisely in what way. It is absolutely impossible to predict because anything could happen.”

Precisely, anything can happen at any moment. The people I know don’t use that as a reason for sitting around and contemplating their navels.