The Bold And The Beautiful Spoilers: Hope Finds A Caged Thomas 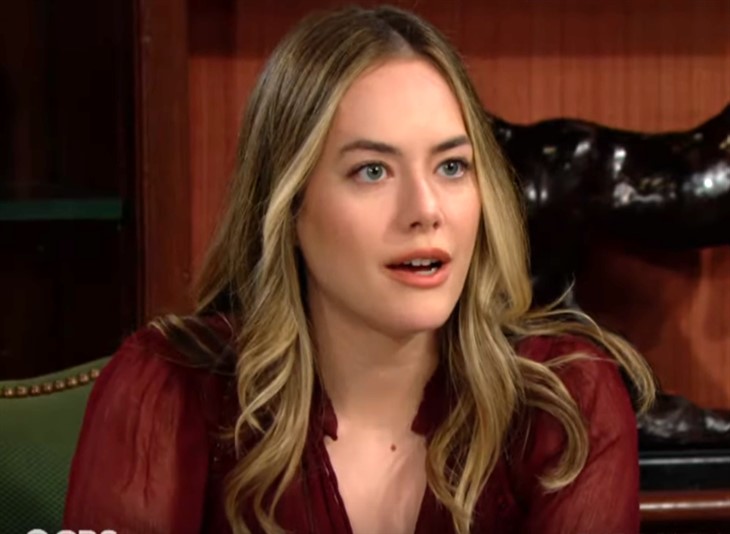 The Bold and the Beautiful spoilers reveal Hope becoming suspicious of Justin and then getting the shock of her life.

The Bold And The Beautiful Spoilers – Where Is Thomas Forrester?

Thomas (Matthew Atkinson) was committed to adhering to Liam’s (Scott Clifton) wishes and looking after Hope (Annika Noelle) and the kids that is just seems strange that Hope hasn’t seen him in days. He had mentioned going to see Justin (Aaron D. Spears) so that is where Hope heads.

She finds him once again perched in Bill’s (Don Diamont) chair at Forrester Publications and mentions that Thomas left town. First, she wonders how Justin would even know this, and second, well, it makes no sense. How can Thomas just leave Douglas (Henry Joseph Samiri) behind and not mention it to her? Thomas would never do that.

So, Hope decides to follow Justin around on the sly, and of course, he leads her straight into that basement where Thomas is locked in a cage.

Once Justin is gone, a shocked and stunned Hope reveals herself. Thomas can barely believe Hope Is right there in front of him and he wonders if he’s dreaming. But nope, Hope assures him she’s the real deal and needs to know what is going on. Why on Earth would Justin lock Thomas in a cage? And Justin, of all people?

That’s when Thomas tells her everything. He tells her that Vinny (Joe LoCicero) threw himself in front of Liam’s car because he wanted to die, that it was all a plan and not an accident at all. He was determined that Thomas finally live a happy life with Hope so he made this sacrifice with his life  still doesn’t make sense.

The Bold and the Beautiful (B&B) Spoilers: Paris Spills All To Zoehttps://t.co/sXYvAYXuYs

Hope can barely believe her ears. This is a way to free Liam. But then Thomas explains the problem with Justin and this is even more of a shock. Justin never seemed like that type of person. Who knew he hated Bill so much after he’s done so much for Bill over the years? They know they have to think fast before Justin returns again. Stay tuned to The Bold and the Beautiful weekdays to see how this story plays out.