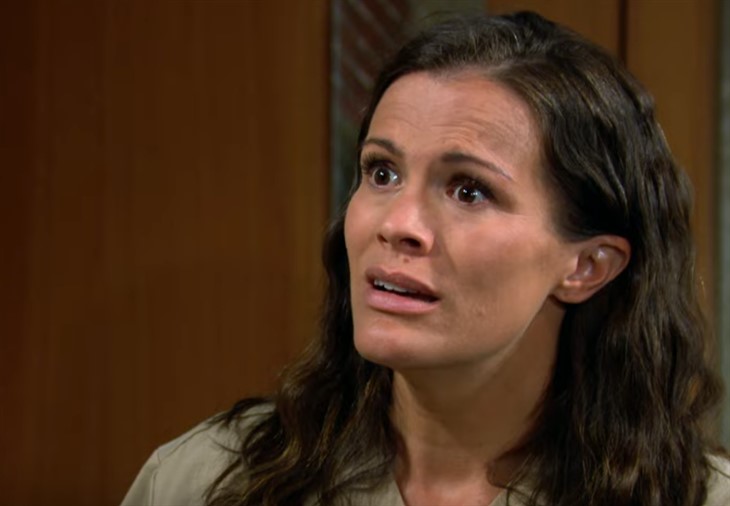 Viewers of The Young and The Restless will recall that Chelsea has been very afraid that she will never be released from the mental institution she is in. She has been having nightmares about Victor Newman (Eric Braeden) and Adam Newman (Mark Grossman) keeping her in there and taking her son, Connor Newman (Judah Mackey) away from her forever.

She has been asking her psychiatrist, Dr. Hedges (Michael Bofshever) to let her have visits with Connor, but he has refused, and then she found out that he has planned to keep her institutionalized indefinitely. Viewers of The Young and The Restless could actually make a case for Chelsea suffering some paranoid delusions, as can both Victor and Adam.

The Young And The Restless (Y&R) LEAK: ‘Phick’ Over, Phyllis And Jack Back On?

Even Nick Newman (Joshua Morrow) agrees there is something off with Chelsea. But her oldest and dearest friend, Chloe Mitchell at least takes her concerns seriously, and even though she is hesitant to help Chelsea out with a plot to escape the mental institution, she wants to protect her and so she cannot bring herself to turn away from her. As far as Chloe is concerned, Adam could drive any sane person into a state like Chelsea is in, and even though she was faking most of it to avoid prison, being locked up like a rabid dog isn’t helping matters any, where Chelsea’s stability and well-being is concerned.

Y&R Spoilers – Chelsea Lawson Manages To Con Dr. Hedges Into Letting Her Out, Under Guard

Viewers of The Young and The Restless know that Chelsea is an experienced con artist, and she manages to con Dr. Hedges into letting her out for a few hours, albeit under the guard of an orderly. But first, Chloe goes to visit Chelsea in her room, and intentionally leaves her cell phone for Chelsea to use. Chelsea puts the cell phone to good use, recording Hedges admitting he’s working with Victor. She then forwards the recording to Chloe, who uses her tablet to upload it to the cloud.

The Young And The Restless #YR Spoilers: Connor’s Return Pushes Chelsea Over The Edge – Adam's No Win Situationhttps://t.co/wv2Ltf8vF1

Then Chelsea works some more of her con job magic on Hedges, conning him into agreeing to meet with Adam – in Chancellor Park. Of course, Adam is not notified or aware of any such meeting, and Chloe receives a text from Chelsea to meet her there in the park. Chloe is surprised, but comes to the park. Now, as viewers of The Young and The Restless can imagine, the two of them will have to figure out how to lose the orderly that is supposed to be guarding Chelsea, so Chloe can help Chelsea make her getaway.

They also have to figure out where Chelsea is going to stay, but Chelsea already even has that handled! Adam had been to visit her and told her that he and Connor were going to move to the Newman Ranch, but that the penthouse would be available for Chelsea to live in if she wanted to, once she was properly released. Chelsea had already made it clear she wouldn’t go back with Adam! Chelsea likely still has a key and she may have had one made for Chloe too – now they just have to avoid Devon Hamilton (Bryton James) who happens to live across the hall!