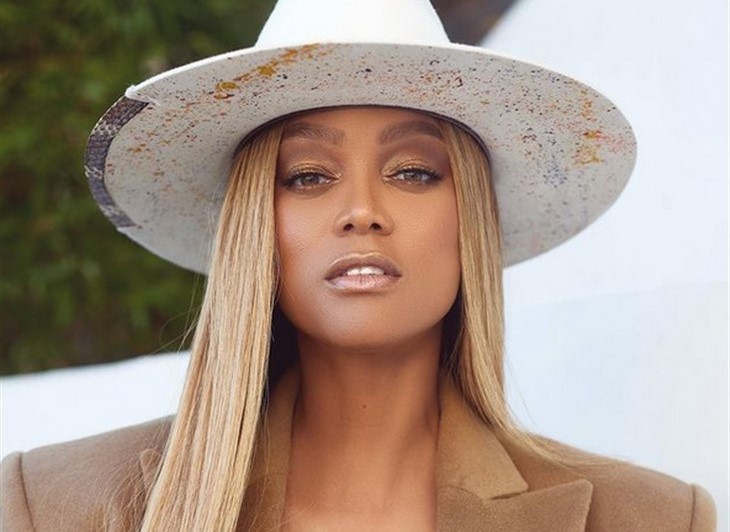 Dancing With the Stars news teases that host and executive producer Tyra Banks is giving a shout out to one of the judges. Will Carrie Ann Inaba return to the hit dance competition show for season 30?

She will if Banks has her way! Banks talked to Entertainment Tonight about the prospect of Inaba returning in light of her current health issues.

Dancing With the Stars News – Tyra Banks Wants One Judge Back

Earlier this year Carrie Ann Inaba dropped her role as co-host of The Talk. In April she made it clear that she needed to concentrate on her health and there has been no word as to whether or not she will be on board for Season 30 of DWTS. When asked about that, Banks reiterated her support of the judge saying, “I hope so!”

Banks debuted as an executive producer and host on DWTS last year. She told Entertainment Tonight of Inaba, “She was there way before I was. So I’m gonna be begging her, ‘Please, baby, please! You gonna be there, right?'”

Banks was also asked how any remaining COVID protocols might affect filming. Season 29 did not have a live audience due to the coronavirus restrictions in place. Will Season 30 be the same? According to Banks, “We’ve been talking about it, back and forth. [But] probably not, if I really think about ultimate safety. Maybe not yet.”

Dancing With the Stars News – Will The Show Have A Live Audience In Season 30?

Inaba has been with the show from the beginning when it debuted in 2005. She has appeared on all 29 seasons of DWTS but now is on a leave of absence from The Talk.

She debuted on the talk show as a regular co-host in 2019. In the past Inaba has shared news about her health conditions which are chronic conditions and include lupus and fibromyalgia. This April she let her fans know that she needs to take a step back to focus on her health and wellness.

Is Denise Richards Eyeing A Return To The Real Housewives Of Beverly Hills? @SoapOperaSpy https://t.co/edpoh8JE3S

“I wanted to let you know personally that I have decided to take a leave of absence from The Talk to focus on my wellbeing,” she said in an Instagram video at the time. “I know you guys understand, health is the most important thing. So, I appreciate your support, I appreciate the love and support from The Talk family, and I hope to be back soon. Take care and I’ll keep you updated. Thank you.”