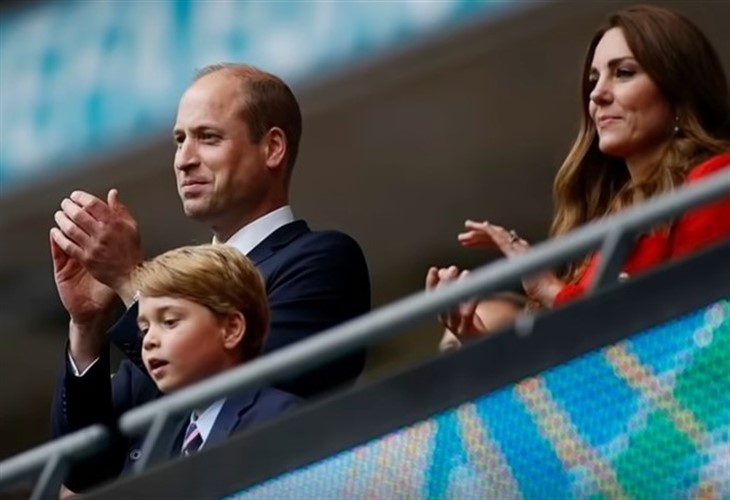 Kate Middleton was caught on camera using her go-to move that she subconsciously does when communicating with children, when she and her son Prince George, 7, followed Prince William to the Europa 2020 football match.

George wowed royal fans in a mini-dad suit and tie and Kate Middleton rocked a red chic Zara blazer, which I adore, by the way.

Duchess Kate Loves To Freely Chat With Children On Their Level

As noted by Hello! magazine, the moment was captured by sports agent Dave Gardner, who shared the clip, featuring his view from the royal box, on his Instagram Story.

In the short clip, Kate Middleton appears to be slouching towards Prince George, who whispered something to her a few seconds prior.

It was a clever parenting trick that she pulled in order to communicate freely with George when she stooped to meet his eye level.

The royal mom has been seen using this move on multiple occasions, on her own children – Prince George, Princess Charlotte, 6 and Prince Louis, 3 – and on children she meets during her royal outings.

The move is known to encourage children to communicate freely and better with an adult by reducing the feeling of dominance over them. Although most times it’s done while standing up, it still had the same effect, especially since Prince George could barely see over the railing in front of him.

Kate Middleton has always been about open communication and relating to children. One of her recent projects is an Early Child Development scheme that aims “to raise awareness of why the first five years of life are so important for our future life outcomes.”