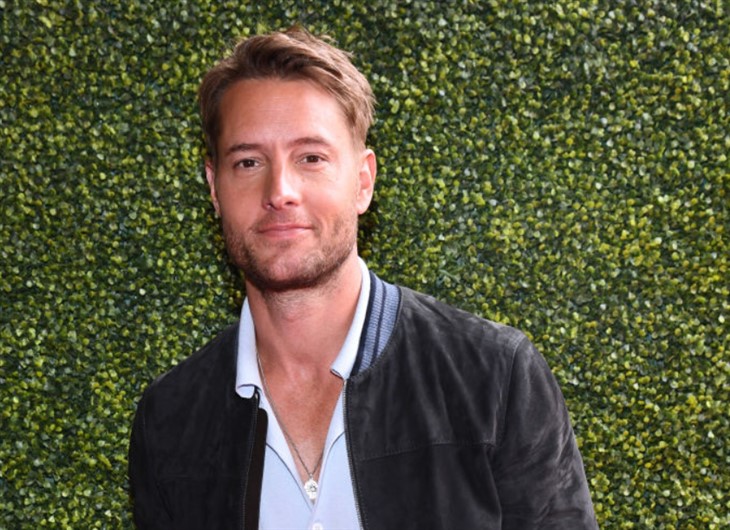 “This Is Us” star Justin Hartley shares Isabella with ex-wife Lindsay Korman. On Saturday, the proud father wrote a sweet message in honor of his teenage daughter’s birthday, with a cute snap of the two to mark the celebration.

The star of “Smallville”, 44, wished his newly turned 17-year-old daughter a happy birthday on Saturday. “Wishing this kind and beautiful angel a very happy birthday! I’m so very proud of you! Love, Dad,” he captioned a black-and-white selfie of them on his Instagram page. He later added a picture of the pair on his Instagram Story.

Earlier this year, Hartley shared his experience coaching his teen daughter to drive during an appearance on Late Night with Seth Meyers.

“It’s the worst thing in the world. There’s gotta be a better way to do this,” he said. “You put them behind the wheel, take them around the street and you keep expanding and we’re kind of at the point where we’re on the freeway and stuff.”

“The other day I take her out and I’m doing the father-daughter thing. I’m tryna teach her how to fill up the tank with gas and all this kind of stuff, thinking, maybe change a tire in a couple weeks,” he described. “We fill up the tank and we’re getting comfortable. And I go into the gas station and I have a sweet tooth so I just stock up on gummy bears.” 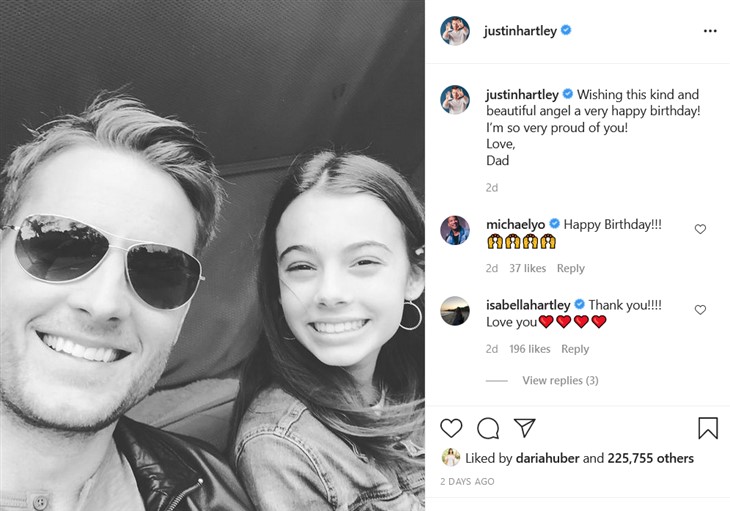 Hartley then returned to the car but let his guard slip right before Isabella’s driving mishap.
“I’m in the car, she’s driving, she’s doing great and I’m in the passenger seat. I’m kind of feeling loose and I open up the gummy bears and as I’m eating them — I’m shoving them in my mouth like a child — and I look up and we are cruising through a four-way — a red light! Just reckless!” he recalled.

Justin Hartley Added, “She Just Could Not Have Cared Less.”

Hartley shares Isabella with his ex-wife and “Passions” co-star Lindsay Korman. The pair split in 2012 after 8 years of marriage. They, however, remain on amicable terms and share joint custody of their daughter Isabella.

Hartley went on to marry “Selling Sunset” star Chrishell Stause, but it didn’t pan out, and he divorced her citing “irreconcilable differences”. The divorce was finalized on February 22, 2021. In May 2021, it was confirmed that Hartley has married his former “Young and the Restless” co-star Sofia Pernas.

Be sure to catch up on everything happening with TV right now. Come back here often for This Is Us spoilers, news, and updates.