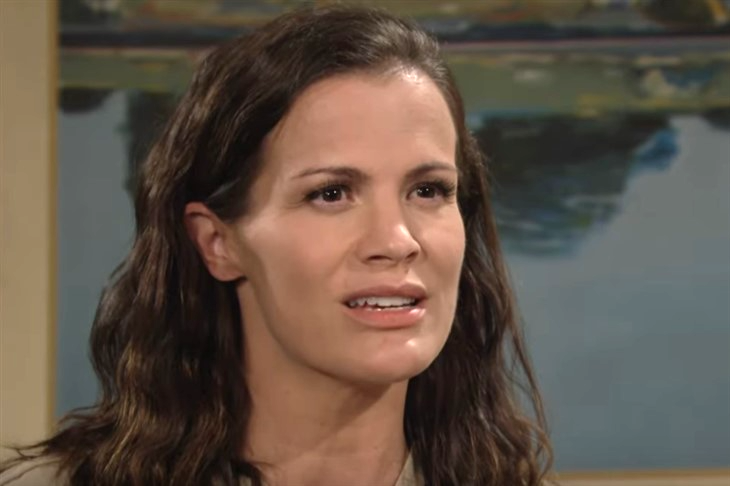 The Young and the Restless spoilers and updates tease Chelsea Newman will come up with a plan to escape from the psychiatric facility she’s currently in. She believes that Adam Newman (Mark Grossman) and Victor Newman (Eric Braeden) are conspiring to take Connor Newman (Judah Mackey) away from her. She’ll do everything to get out and be with Connor as soon as possible.

In upcoming scenes, Chelsea will ask Dr. Hedges (Michael Bofshever) when she can possibly go home. To Chelsea’s dismay, the latter will say that she needs more time to recover. She desperately wants to be with Connor again and she’s not letting the Newman men stop her. She believes that Adam is poisoning their son against her. Obviously, Adam won’t do any of that, but it won’t matter because it’s what Chelsea believes.

The Young And The Restless Spoilers: Ashland Locke Gives Victoria Newman An Option To Opt Out

Chelsea will come up with a blackmail plan that will force Dr. Hedges to let her out. She’ll share her plan with Chloe, who will have no choice but to help her unhinged friend.

Chloe will listen to Chelsea as she unveils her escape plan. She’ll have no choice. Chloe can’t afford for Chelsea to turn on her and rat her out. So, she’ll be left with no other choice but to help her.

Chloe will leave her phone behind so Chelsea can use it to blackmail Dr. Hedges. She plans to use the phone to record Dr. Hedges as he admits that he’s working for Victor. She hopes to use it as leverage and force him to let her out unless he wants to go to jail. Will her plan work? Or will someone or something stop her from getting out of the psychiatric facility?

Elsewhere, Phyllis Summers (Michelle Stafford) leans on Jack Abbott (Peter Bergman) for support as she struggles with Summer Newman’s pain. Jack will be overwhelmed by Phyllis’ display of emotion. The latter may end up stealing Jack’s attention from Sally Spectra (Courtney Hope)

Elsewhere, Ben “Stitch” Rayburn (Sean Carrigan) will surprise and corner Abby Newman-Abbott-Chancellor (Melissa Ordway) at Society. He’ll drop by to say goodbye to Abby but her actions will start to become a bit creepy.