‘The Bold And The Beautiful’ Spoilers: Hope Catches Justin Red-Handed 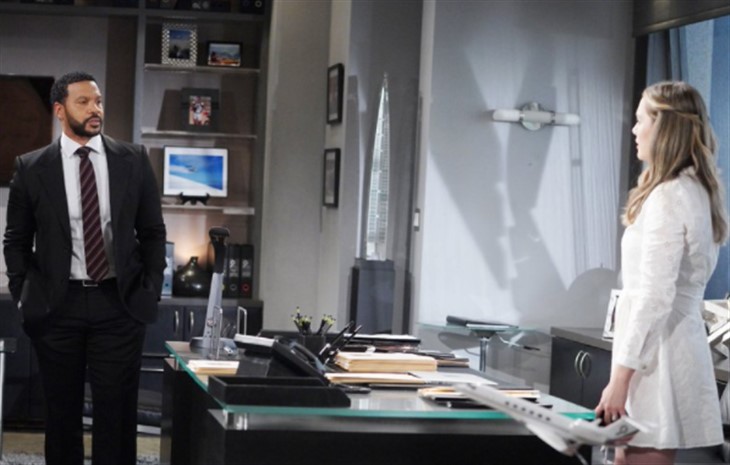 As Justin has been stressing to his unwanted hostage, he didn’t plan on Thomas being part of the mix. But both characters were written into a scene at the Forrester Creations design office as the next major step in resolving the Vincent Walker (Joe LoCicero) death storyline.

Atkinson allowed his hair to become unkempt in anticipation of the drama his character would be facing. Now, with his 2021 mullet and the facial hair growth, Thomas fits the bill of a caged animal.

The Bold And The Beautiful Spoilers: Hope Finds A Caged Thomas

The redemption path that Thomas was pursuing is actually being supercharged through this seemingly unbearable situation he’s currently enduring. Thomas was trying to set two men who’ve long despised him free. That nobility will become known, with Liam Spencer (Scott Clifton) and even Bill offering kudos in the near future.

Thankfully, Hope sent Thomas a text. Justin hadn’t turned his hostage’s smartphone off after throwing it in Bill’s desk drawer and so Douglas Forrester’s (Henry Samiri) favorite tune was heard as an alert.

Justin told Thomas exactly what his plan was. Soap fans knew that admission was also an indication that Spears’ character wasn’t going to get away with it.

The story Justin passionately relayed was truthful. Bill had pulled him through the wringer. But devoted fans recall that Justin appeared to enjoy being Bill’s fixer through the years.

It is a stretch to have Justin proclaim that he’s been harboring a growing grudge toward Bill. Meanwhile, Diamont’s character truly considers Justin to be his best friend. So, the relentlessly terrible tasks Bill had Justin perform eventually served to break the soon to be non-practicing attorney’s mind.

B&B Wednesday July 7 Spoilers: Hope Gets The Shock Of Her Lifehttps://t.co/bLHIcsaWHG

The Bold And The Beautiful Spoilers – Hope Spencer Motivated To Act

Hope forgave Liam for the cliff house incident. Her sincerity was evident on the night she and Liam kissed, which was followed by his fateful and framed ride on Mulholland Drive.

Bill’s presence in the passenger seat of his own car was ominous. Then, Vinny filmed a farewell to Thomas, sent the video text, and intentionally walked in front of the oncoming Spencer’s car.

B&B’s engaging revealed mystery has also been a thrill-ride. Hope is the perfect choice to be both Liam and Thomas’ savior, with Justin soon set to crash.