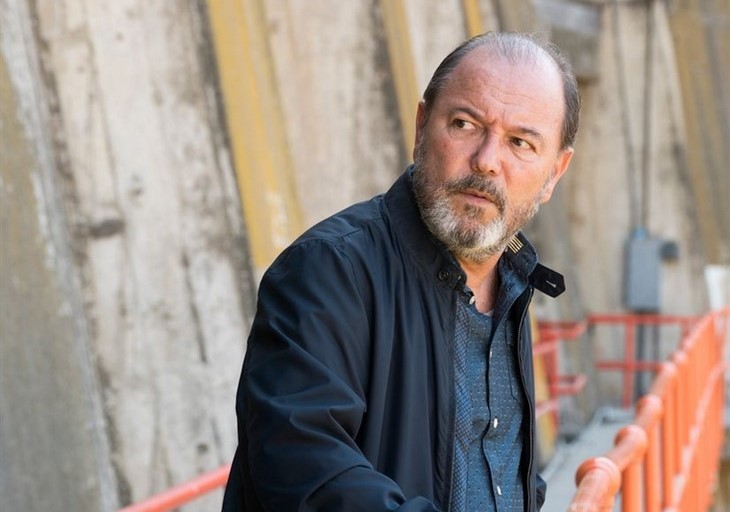 Goldberg recalled the fourth episode of the show’s season 5 titled Skidmark, where Daniel Salazar (Rubén Blades) invited Victor Strand and his band of survivors to use anything they wanted inside the warehouse except for a friend’s cigar.

Fear The Walking Dead  News – Did Daniel And Abraham Meet At Some Point?

Goldberg said it’s one of his “favorite [Easter eggs].” He shared that Daniel was saving the cigar for a very special occasion. He’ll only smoke it “when things get better.”

The show’s boss said the brand of the cigar that Daniel had been keeping all this time was the same brand that an iconic The Walking Dead character smoked. It was the Dona Maria brand, which can be seen on The Walking Dead’s season 6 episode 6 titled Always Accountable.

“It’s more of a Scott Gimple [Walking Dead Universe chief content officer] question because it’s a big universe, and there’s a lot of cool stories that can be told on Fear and across other shows and shows yet to come,” he continued. Goldberg added that viewers can expect more Easter eggs to come in the upcoming seventh season.

Abraham was first referenced in the Fear of the Walking dead back in the fourth season’s episode 8 titled No One’s Gone. It was the time when one of the video tapes that journalist Althea (Maggie Grace) had was labeled Abe/Doctor, which most likely referred to Abraham and “doctor” Eugene Porter (Josh McDermitt).

The Walking Dead Season 11 Reveals Major Disappointment For Some Fanshttps://t.co/MYY4Cfcftl

The crossover story between Daniel and Abraham may be tackled in the Tales of the Walking Dead, which is an anthology spin-off series that tells the stories of characters who have died. The new series has no premiere date yet as it is currently in the developmental stages at AMC Networks.