The Young And The Restless’ Spoilers: Adam’s Guilt Is Dangerous – Victor’s Instinct About Chelsea Is Sharp 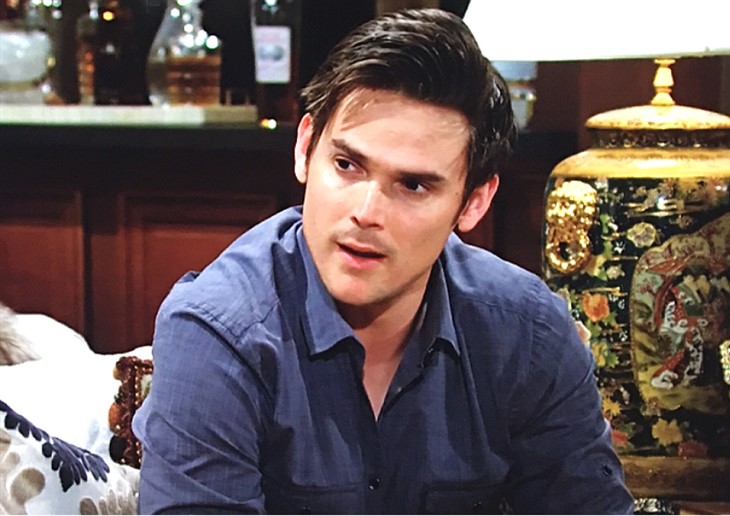 The Young and the Restless spoilers document that Adam Newman (Mark Grossman) is right to feel guilty about Chelsea Lawson’s (Melissa Claire Egan) predicament. If he hadn’t ordered her kidnapping, then she wouldn’t have been hit on the back of her head or likely suffered a debilitating stroke and resulting, temporary paralysis and a loss of speech.

Victor Newman (Eric Braeden) isn’t just cold-blooded when it comes to business. He defends his family from enemies, with Chelsea being a real threat to Adam’s recently achieved personal progress.

The Young And The Restless Spoilers – Doctor Hedges Is Compromised

Doctor Hedges (Michael Bofshever) bolted to the Newman Ranch after Chelsea illegally recorded his admission of guilt. He hadn’t considered that Egan’s character would be on her game, but Anita Lawson (Catherine Bach) taught her daughter well.

Victor’s order to Bofshever’s character was a threat. He told him not to make another mistake.

So, the compromised doctor has put himself into two bad positions. Do as Victor wishes or face the Moustache’s consequences. Alternatively, he can do as Chelsea has demanded or face being reported to the authorities.

Victor told his dupe doctor that Chelsea’s threat is false. If she tries to report Hedges to the authorities, then she would also be admitting that she lied to Genoa City, Wisconsin’s District Attorney Michael Baldwin (Christian LeBlanc).

Chelsea is persuasive and won’t necessarily be arrested or charged with anything if she reports the doctor. Victor would be implicated in that scenario as well, which he didn’t volunteer.

Believing that Hedges will follow his orders is questionable, but Victor is confident. But the bigger pressure point is being applied by Adam, who doesn’t want Chelsea in that mental health facility any longer.

The Young And The Restless Rumors: Chelsea Kidnaps Connor Newman?https://t.co/XRxDgN0nGw

Chelsea isn’t well. She poisoned Rey Rosales (Jordi Vilasuso) and framed Adam for it. What evidence exists that demonstrates her remorse and desire to heal?

Chelsea is vengeful. She blames Adam and Victor for her confinement and knows that Connor Newman (Judah Mackey) is home.

Not only are Adam, Victor, and the doctor in danger, so too is Connor. Adam won’t be able to ensure that Chelsea gets the care she needs, as he promised Victor. Why would Chelsea agree to that when she’s insisting that receiving Newman directed treatment is her current problem?

The Young And The Restless Spoilers: Victor Ready For Fight – Ashland’s Plan…