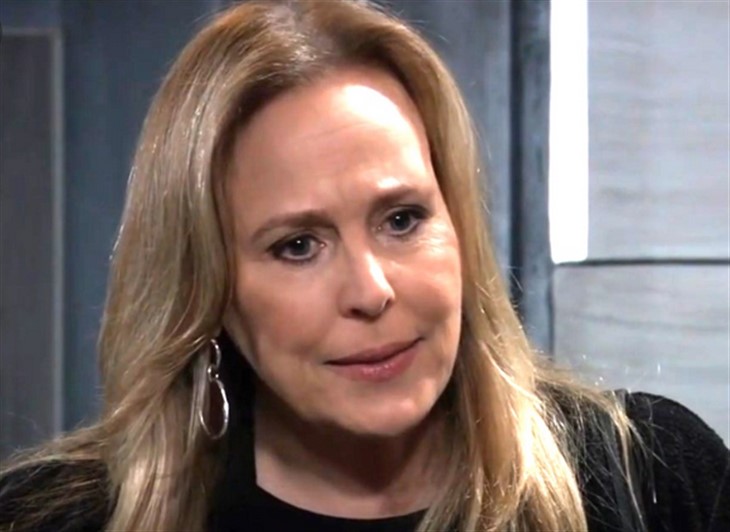 General Hospital (GH) spoilers and updates tease Mayor Laura Collin (Genie Francis) is worried about her family. Laura is concerned about her son Nikolas Cassadine (Marcus Coloma). Nikolas is having trouble with his marriage to Ava Jerome-Cassadine (Maura West). Nikolas and Ava married because they both wanted the Cassadine fortune.

Laura was happy that Nikolas and Ava had made a real love connection. Recently Ava and Nikolas have been a targeted by a stalker. The stalker has sent many different threatening gifts and messages. Ava and Nikolas thought that they could stay together and find their stalker.

Howeve, the stalker sent Ava’s daughter Avery Jerome-Corinthos (Ava and Grace Scarola) a teddy bear with Ryan Chamberlain’s (Jon Lindstrom) voice in it. Ava was terrified for Avery because Ryan had killed her daughter Kiki Jerome (Hayley Erin). Ava and Nikolas do not know that Nikolas son Spencer Cassadine (Nicholas Alexander Chaves) is the one that is stalking them.

Laura wants Nikolas and Ava to find a way to stay together. She was unsure about Nikolas and Ava being married. Laura had her concerns about Ava. However, Laura could see that Ava made Nikolas happy. Laura and Ava have become close. Ava helped Laura to deal with her half-brother Cyrus Renault (Jeff Kober) who was causing trouble for many in Port Charles. Laura was grateful to Ava for her help. Laura wants Ava to be with Nikolas because she believes that Ava is good for Nikolas.

General Hospital Laura wants to bring her family together. Laura is going to be shocked and disappointed that Spencer is stalking Ava and Nikolas. Can she help Spencer if he gets into trouble for being Ava and Nikolas stalker? Ava is trying to get Nikolas to give her a divorce. Can Nikolas get Ava to stay married to him if she knows that Spencer is the one who has been their stalker?