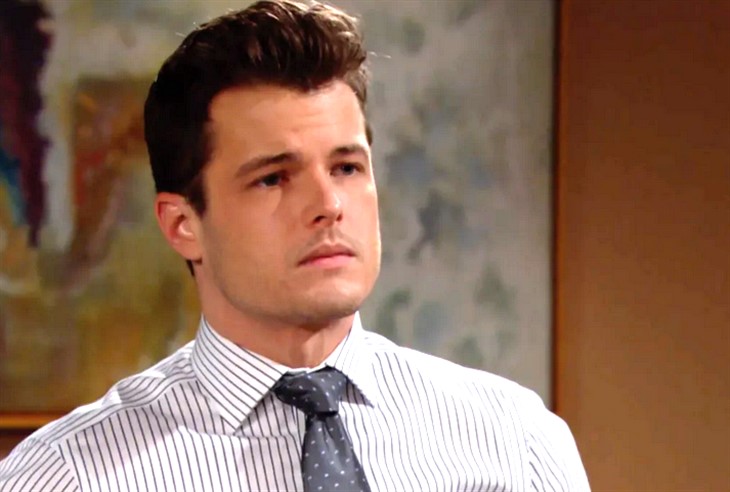 The Young and the Restless spoilers document that Kyle Abbott (Michael Mealor) is forlorn. There are three people who knew his state of mind was inevitable, Summer Newman (Hunter King), Sally Spectra (Courtney Hope), and Tara Locke (Elizabeth Leiner).

Summer felt compelled to bow to the devious plan Sally cooked up with Tara. Now, Leiner’s character is waiting strategically. She feels that Kyle will turn to her during his time of loss.

Tara appears to be Kyle’s familiar and therefore natural alternative, with Summer having inexplicably abandoned the supposed love of her life because of projections regarding Harrison Locke (Kellen Enriquez).

The Young And The Restless Spoilers – Double Actor Blow Is Felt

Strong buzz indicates that King and Mealor were unable to reach agreements on new contracts. If that information is true and there are no further negotiations, then Summer and Kyle are both being written out of the show.

This double actor blow is significant, as Y&R has invested a heavy amount of plot time in the Skyle arc. One of this show’s popular couples wouldn’t be one that TPTB wants to lose. While still holding enough loyal audience members, soaps aren’t the financial juggernaut they were into the 1990’s.

Business is business and the show goes on. Ratings for an ensemble show can’t be tied to one actor or one couple. So, time will tell how these losses will be dealt with.

For the moment, within the world that is Genoa City, Wisconsin, Kyle is determined to move on from Summer. He plans on being a full-time father to Harrison.

The bond Kyle has developed with his son is real. But it’s based on the belief that the paternity test result is valid.

One way to quickly subtract Kyle would be for him to learn that Harrison is Ashland Locke’s (Richard Burgi) biological child. Another would be for Tara to somehow be written out of the picture or be unable to fill her motherly role. In that instance, Harrison could leave town with Kyle, as Ashland is apparently not long for this earth.

The Young And The Restless (Y&R) Spoilers: Friday, July 9 Chelsea Has Chloe Up Against A Wallhttps://t.co/PoNigQIycy

The Young And The Restless Spoilers – Tara Locke’s Victory Holds

Tara believes she’s triumphed over Summer. Leiner’s character is right, for the moment.

However, if Mealor and King are leaving, then a happy ending for Skyle would seem both smart and right. At least fans who support Kyle and Summer would know that a reunited paring is living happily in Milan, Italy.

There is no plot space for Tara once Kyle goes, since that character was invented to flesh out his backstory. So, she is most likely headed for defeat or a departure of some sort.